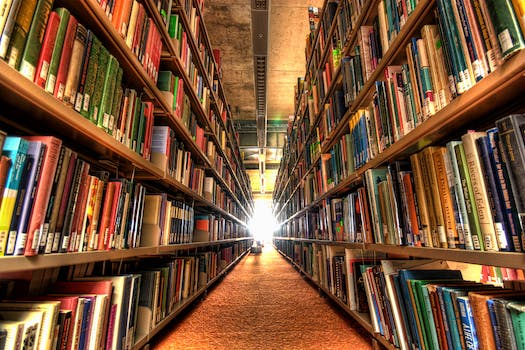 5 ways that reading books will change your life

Reading is sexy—and good for you.

The couple that reads together stays together. It sounds like advice your great aunt Marge might give, but according to science, your auntie might be right. Mic’s Melissa Hugel interviewed relationship counselor Ken Page, who explained that “research shows that people can grow closer by revealing and sharing new thoughts, ideas and fantasies with each other, [and] reading a book and then discussing it is a fun and entertaining way for couples to grow closer.” According to Page and Hugel, couples don’t even have to read the same book; even reading different novels together has the same effect.

Of course, these benefits aren’t solely a product of literature. Dating experts say that couples who either share common interests from the outset or foster shared hobbies are statistically more successful; thus, coordinating your workout schedules, going to movies together, or joining a couples’ cooking class might have the same effect on your relationship as reading Dostoyevsky. However, these findings conform to the general consensus on the benefits on frequent reading, shown to positively affect everything from your mood and stress level to your cognitive state.

Want to be happier and healthier in 2015? Here are five reasons signing up for Mark Zuckerberg’s Facebook book club might not be such a bad idea after all.

Feeling a bit down due to the winter weather? Author and philosopher Alain de Botton has a salve for what ails you: bibliotherapy. According to Big Think’s Jason Gots, de Botton’s  “program matches individuals struggling in any aspect of their lives with a list of books hand-selected to help them through tough times.” Gots explains, “You get your reading list after an initial consultation with a bibliotherapist in which you discuss your life, your reading history, and your problems.” De Botton even wrote an entire book on the intersections of literature and wellness, How Proust Can Change Your Life, in which the controversial thinker argued that Marcel Proust’s In Search of Lost Time can offer guidance on how to life fully.

While books should in no way be a substitute for therapy or doctor-prescribed medication, reading was shown to have similar anxiety-reduction benefits to enjoy a cup of tea or going for a relaxing walk, diminishing subjects’ levels of anxiety up to 68 percent. As the Guardian’s Wayne Gooderham notes in an essay about how Saul Bellow’s Herzog helped him fight depression, it’s because great books “[demand] your full attention and focuses your mind so that you are forced to concentrate completely on the novel.” Reading can help us not only leave our own problems and lives for a moment, but also gain new perspective on them. Saul Bellow just might save your life.

2) It’s good for your brain

If exercise is a workout for your body, reading may provide a similar function for the space between your ears. According to Psychology Today’s Christopher Berglund, “reading fiction was found to improve the reader’s ability to put themselves in another person’s shoes and flex the imagination in a way that is similar to the visualization of a muscle memory in sports.” This allows not only to be cognitively stronger in the present but increases mental stamina as we age. “The benefits of all this mental activity include keeping your memory sharp, your learning capacity nimble, and your mind basically hardier as you age,” writes O magazine’s Lauren Duzbow.

Research from Proceedings of the National Academy of Sciences found that active readers are two and a half times less likely to experience Alzheimer’s in old age. While this doesn’t mean that Proust prevents Alzheimer’s, it does suggest that enjoying intellectual pursuits—whether doing a crossword puzzle or cracking your daily Sudoku—helps keeps your mind active and healthy. Researchers long presumed that the reason readers have better overall health is because of education and income levels (thus, greater ability to afford healthcare), but there may be other factors at play.

Your friend gives your their short story to read, and you’re not sure whether you want to. What if it’s bad? You don’t want to hurt their feelings. However, don’t fret, judgmental people of the world. If you need a writing skills crystal ball, take a look at your friend’s bookshelf. According to Karen Daniel of the University of California, Riverside, “reading ability proved the strongest predictor of writing achievement” of the 46 different factors Daniel studied, including students’ gender, age, and ethnic background. This is because books not only expose you to new ideas and challenge you to think in different ways; they also expose you to good writing. If you want to improve your craft, it’s simple: Learn from the greats.

While expanding your vocabulary, books have an overall effect on readers’ emotional and crystallized intelligence, according to research from Neurology magazine, as well as developing our problem-solving skills. This not only makes us smarter in the traditional sense but also makes us more empathetic toward those around us. By studying the effects of reading books like Gillian Flynn’s Gone Girl and Don DeLillo’s The Runner, psychologists David Comer Kidd and Emanuele Castano found that engaging with fiction helps us better identify and understand the emotions of others.

Kidd and Costano’s work on reading and the “theory of mind” actually has enormous implications for how we behave in relationships. Researchers from the Harvard Medical School and Bryn Mawr studied a group of 156 couples who had been in a relationship together for three and a half years on average. They found that the greatest predictor of success in a relationship wasn’t the amount of sex you’re having or how often you argue about money but empathy. Couples who were the happiest were those who were most supportive and empathetic of each other; while it was important for men to feel as if they were being supportive, women needed their partners to be “emotionally attuned in the relationship.”

While these are lessons you can learn from good relationship modeling, whether that’s your parents, couples’ therapy, or watching Friday Night Lights (aren’t Coach and Tami the best?), reading deeply fosters these relationship tools. If that’s not enough to want to make you date someone who reads, consider that readers are also more likely to be active in their communities and be engaged in the culture and the arts. Reading also helps improve memory skills, meaning that they’re more likely to remember your date night at the local art opening, as well as your birthday or anniversary.

Do you remember the Hot Guys Reading Books Tumblr? There was a reason it took off with such viral force: Research shows that reading is sexy. While some surveys have suggested that attractive people have higher IQs, this doesn’t mean that Jessica Alba is secretly a math genius; it just reminds us that intelligence is highly desirable in a mate. So if you get turned on by someone’s brain, you’re more likely to get turned on by their physical appearance. Fact: I know more than one woman who harbors a not-so-secret-crush on Neil deGrasse Tyson, who is far from a future Playgirl centerfold.

In fact, a recent Internet movement of “sapiosexuals” has sought to define their dating preferences not by gender or sexuality but by the brain. According to our friends at Urban Dictionary, the term denotes “one who finds intelligence the most sexually attractive feature.” And self-identifying sapiosexuals should welcome the news that they’re far from the only ones out there: Since OkCupid introduced the term into its gender and sexual orientation lexicon, along with genderqueer and bisexual, it’s been one of the most widely used options on the site.

If you want to do something good for yourself today, take it from the sapiosexuals: The gym is great, but make sure to pick up some Zadie Smith with your protein shake. Your brain will thank you.