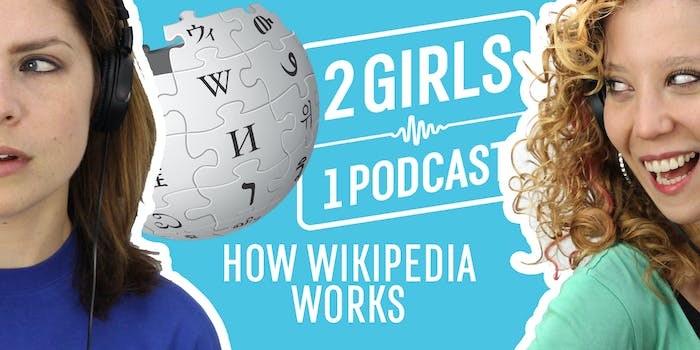 So, how does Wikipedia actually work?

We all use Wikipedia on a daily basis, but do you really know how humanity’s largest organized body of knowledge gets made?

Who is updating it? What are the rules? Is it accurate? What happens when there’s a mistake, or more importantly, a disagreement?

Contrary to popular belief, while anyone can edit Wikipedia, it’s not a “free for all.” There are well-established guidelines and practices in place that allow a huge community of editors to work together and iron out conflict in pursuit of creating a more perfect encyclopedia.

It’s not without its flaws, but this grand internet (non-profit) experiment is nothing short of a miracle, thanks to the thousands of volunteers who ensure it remains free and accurate.

This week on 2 GIRLS 1 PODCAST, Alli and Jen talk with William Beutler, a longtime Wikipedia editor and the author of The Wikipedian, a blog about Wikipedia culture. He’s also the CEO of Beutler Ink, a consultancy that advises clients and public figures on the ethical way to address inaccuracies on Wikipedia.

Beutler explains the dynamic and rigorous process that happens behind the scenes of controversial Wikipedia articles, how Wikipedians are handling information about COVID-19 and Black Lives Matter, the ever-present specter of bias, and how the entire internet would be different if Wikipedia operated as a for-profit company.