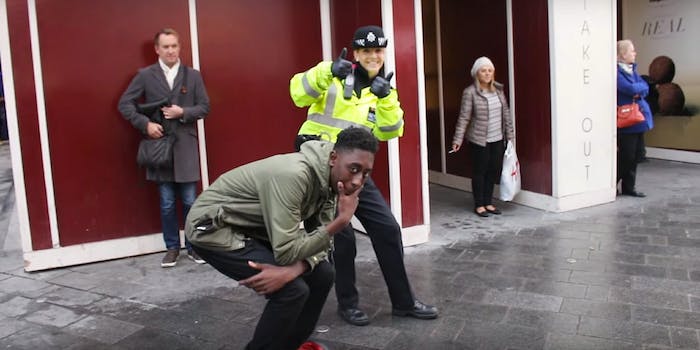 ‘Hoverboards’ are illegal on London streets, so these pranksters rode them in front of police

Hyperwalks, more commonly (and incorrectly) referred to as hoverboards, are illegal on the public streets and sidewalks of London. But what would happen if you tried to ride one anyway?

The folks over at Carnage and Vjamahh, two London-based prankster groups, decided to find out. They took their hyperwalks into the middle of London and rode them around in front of police officers, sometimes in the busier parts of the city.

Because hyperwalks are still somewhat new, some police officers might not be aware of the law. Not a single officer stopped the pranksters to issue a warning or a ticket; only one directed them away from a generally restricted area. At one point, an officer even openly broke the law.

They’re just as excited as the rest of us to see hyperwalks in action. But we expect their supervisors will make them keenly aware of the law once they find this video.