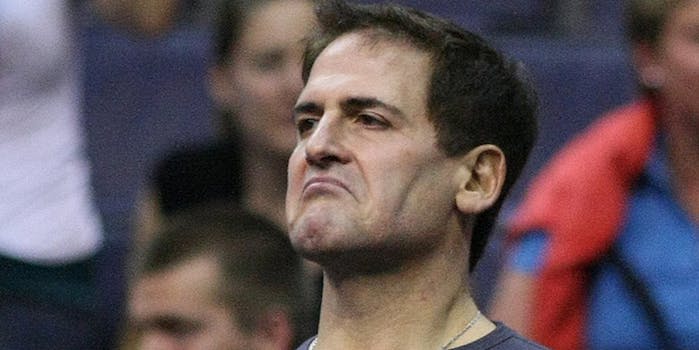 If you can't shoot a horse emoji after beating an intrastate rival in basketball, when exactly can you do it?

The Houston Rockets ended the Dallas Mavericks’ season on Tuesday night, winning Game 5 of the first-round series and eliminating Dallas’ chances for an NBA title.

Naturally, there’s nothing wrong with a little intrastate rivalry trash-talking. Isn’t that right, unnamed Houston Rockets social media guy or gal who (correctly, in my opinion) believed this would be hilarious? 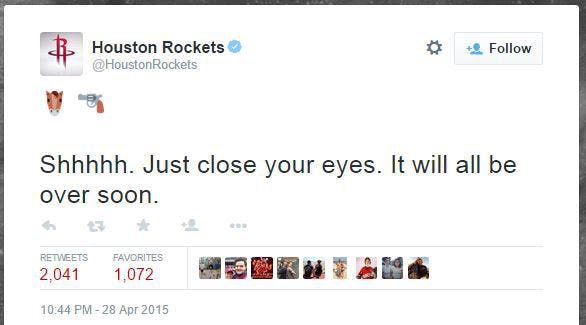 Not surprisingly, the Mavericks social media team didn’t care for the tweet, but what could they do about it? Their season, after all, was over anyway.

@HoustonRockets Not very classy but we still wish you guys the best of luck in the next round.

Also not surprisingly, the Rockets tweet lasted online for only a few minutes before somebody deleted it. Which, in actuality, probably upset more people than if the team had simply left the tweet stand.

Hey @HoustonRockets, next time: Leave the gun. Take the cannoli.

HOW DARE THE @HOUSTONROCKETS MAKE LIGHT OF THE SERIOUS PROBLEM OF HORSE EMOJI SHOOTINGS!!!

But here’s the most disappointing part of this entire story:

I mean, when we have to start apologizing for horse-shooting emoji, what kind of world are we living in? Yet, as always, there’s a lesson here.

Before Twitter I never I knew people hated humor AND the truth. But I'll get off my high horse now before the Houston Rockets shoot it.