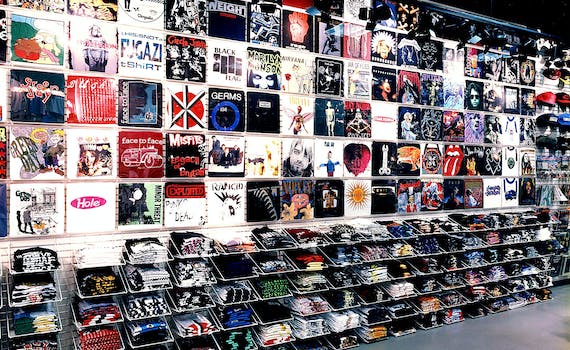 Nothing can prepare you for this conversation at Hot Topic

You probably have a horror story or two from working in retail. But chances are you didn’t work at Hot Topic, a staple of American malls that serves as ground zero for tragically misunderstood kids going through their goth phase or really rebelling against their parents by listening to the local “alternative” rock station.

That means you missed out on some of the most awkward interactions you can possibly imagine, like this two-minute exchange uploaded by Hot Topic clerk Jeremy Neiers. It’s either the funniest, strangest, or saddest conversation you’ve ever listened in on, depending on your perspective.

Neiers claims it started innocent enough, with the customer looking to buy some camo for his aunt’s funeral (that’s normal, right), but the next thing you know the dude is claiming to be an eternal dragon guardian of time.

Neiers says the conversation went on for 45 minutes. He uploaded a second clip after the original went viral.

It’s unclear how Hot Topic feels about one of its employees secretly recording and sharing a conversation with a customer—I have a feeling it won’t end well for Neiers—but some see a marketing opportunity in Neiers’s instantly iconic catchphrase.

@pamyuprince if I don't see, "Honest, in all honesty" shirts at Hot Topic within the next month or so, 2017 will have failed

…Honest, in all honesty.