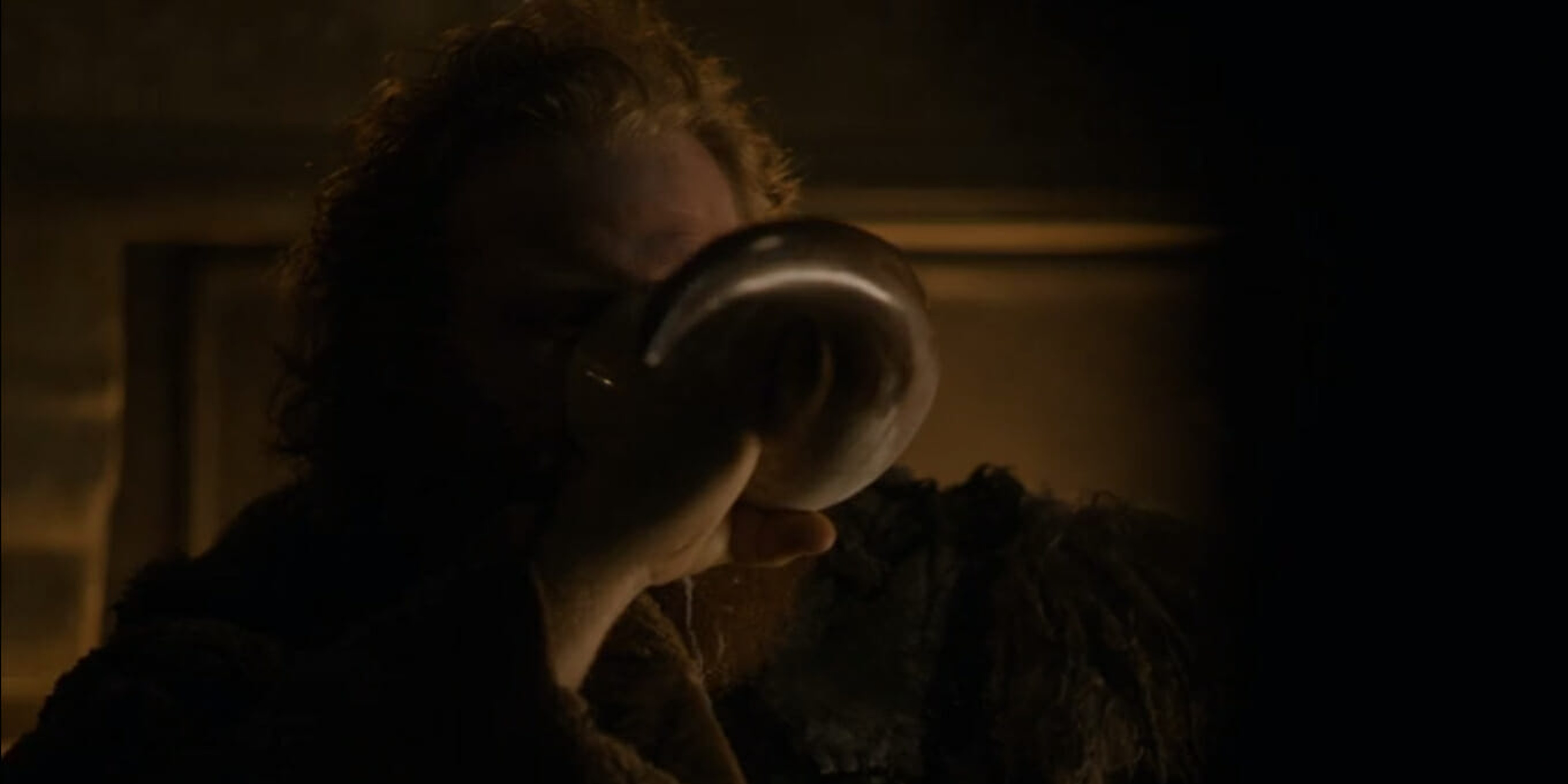 Westeros was a thirsty place this week.

Sunday’s episode of Game of Thrones, “A Knight of the Seven Kingdoms,” felt like the calm before the storm.

Almost every major character still breathing gathered in Winterfell to face the coming threat. The episode may have felt like a lot of talk but it also informed us that the White Walker army may well arrive by the time we tune in next week. That means we may see the fight for humanity begin next episode. Thankfully, this week’s tension-filled episode provided plenty of material for memes.

Tormund shooting his shot at Brienne of Tarth #GOT pic.twitter.com/8WlO7L3ISI

Some people couldn’t get over the, um, charming way that Tormund drank from his horn.

#GameofThrones
No one:
Tormund: pic.twitter.com/gxZGspQQkl

Literally not a soul:

Most everyone else found themselves caught up on Tormund’s take on the Joker’s “Do you wanna know how I got these scars?” tale.

Except of course for the people noting the extra levels of horniness throughout the halls of Winterfell.

Hopefully, these memes can help staunch the bleeding after next week’s episode.