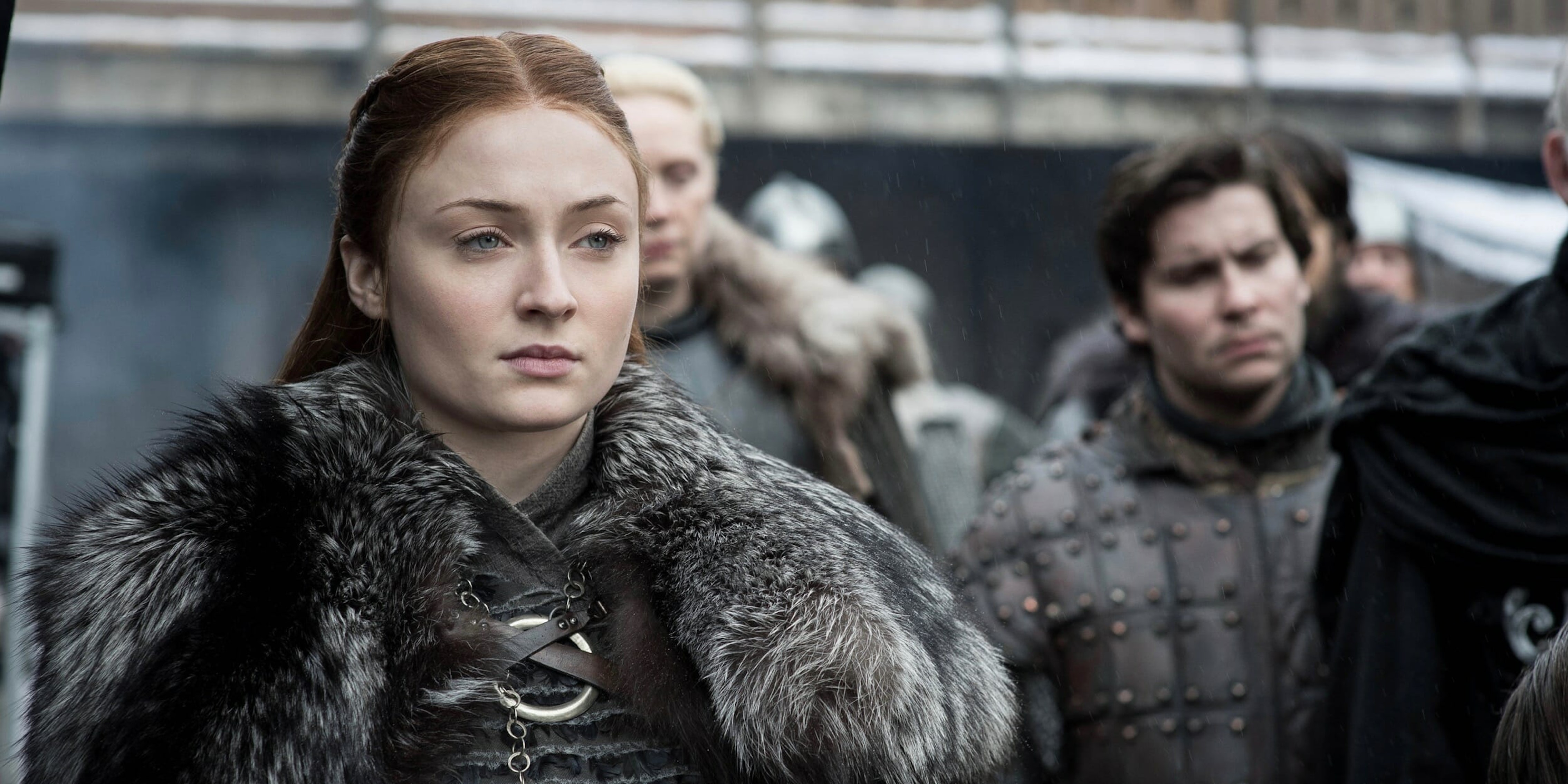 The many ‘Game of Thrones’ season 8 premiere reunions, ranked

Our favorites reunited with loved ones, allies, and potential enemies.

This article contains spoilers for the Game of Thrones season 8 premiere, “Winterfell.”

Death might be coming for many of our favorites later in Game of Thrones’ final season, but before that happens, the show just made their eventual ends that much more painful by giving them the long-awaited reunions they deserved.

The season premiere, which heavily calls back to the show’s pilot, “Winter Is Coming,” is full of reunions. By our count, there are a dozen awkward, somber, troubling, and even downright joyful reunions that greeted us in Winterfell and King’s Landing, each of them offering a new or unexpected side to our remaining characters. Some of them were fun to watch gave us pause. Many others tugged at our heartstrings. But they all brought something new to the table, which can prove both worrisome and wonderful for our dwindling cast of characters.

Not every reunion is equal. For some, it marks the first time these characters have interacted with one another in-person since the show’s first or second episode. For others, it’s only been one episode, but because so much time has passed since their last meeting—don’t ask me exactly how much because it’s not really worth the headache trying to logic the Westerosi timeline—that it can still carry weight. (Not so much if it occurs off-screen, such as Brienne of Tarth’s return to Winterfell.)

But how do these long-awaited reunions stack up with our expectations? Let’s dive in.

Last episode together: season 7, episode 7: “The Dragon and the Wolf”

As Cersei revealed to Jaime in the season 7 finale, Euron didn’t just storm out with his ships to hide from the Iron Islands: Cersei gave him a mission to fetch the Golden Company to help her take Jon, Dany, and their armies down. Although Euron may not have been able to get his hands on any elephants, he otherwise succeeded by the season premiere. The Golden Company, led by Harry Strickland, is finally in Westeros.

And although the war is not yet won, Cersei finally gave a bit of what Euron wanted in return. There’s little love between the two, but for now, Euron is a happy camper.

Not every reunion is one built with seasons and books worth of backstory. In fact, the last time that Tormund and Edd were in the same room, the two men didn’t even interact with one another or say much. They were silent observers at the same table as Jon Snow, Sansa Stark, and Davos Seaworth planned their next move, and when everyone left Castle Black, Tormund’s eyes were more on Brienne of Tarth (who was leaving for Riverrun with Podrick Payne) than anyone staying at the Wall.

But for Tormund, who narrowly survived his latest encounter with the Night King at Eastwatch-by-the-Sea along with Beric Dondarrion, any familiar (living) face is a welcome one. And given that Edd was at Hardhome with Tormund and Jon, Tormund and Beric don’t have to convince him about anything; Edd already knows. And when they see the dead body of Ned Umber displayed with the White Walkers’ spiral pattern, they know it’s a message from the Night King.

Simply put, Jorah would not be alive without Sam, who risked everything to cure him after a chance meeting—and a shared connection in former Night’s Watch Lord Commander Jeor Mormont—in Oldtown. Dany, for one, is eternally grateful and even entertains Sam’s wish for a pardon.

But their happy reunion is short-lived. Finding out that Daenerys Targaryen, the queen that Jorah swore to serve, burned your father and brother to a crisp will do that.

Although the Hound spent plenty of time with both Stark sisters, it’s Arya who we’ll get to see first for a very brief reunion. He’s quite put off that Arya didn’t kill him when she had the chance, but no matter how blunt he is with her, we’ve seen just how proud of Arya he really is.

Out of the surviving Starks, Jon and Bran have had the largest number of close calls for a proper reunion—and unlike his book counterpart, Jon knows that Theon Greyjoy didn’t kill Bran and Rickon at Winterfell. And no, Bran’s dream where Jon and Robb once again teach him to shoot an arrow in season 3 doesn’t count.

But there’s something of a disconnect between the two characters (and the reunion gets interrupted by Bran’s annoyance at Westerosi pleasantries). We never saw them spend much time together; in their last physical interaction, Bran was still in a coma. And while Bran is forthcoming about the Night King breaching the Wall, Bran won’t tell Jon the truth about who he really is; that’s a job for Sam.

Last episode together: season 4, episode 2: “The Lion and the Rose”

As far as Westerosi marriages go, Sansa and Tyrion’s ended on a better note than most, even though her escape from the Purple Wedding made Tyrion look even more guilty of murdering Joffrey by proxy. But now two of Westeros’ remaining political players are back on the same side.

Sansa has enough power that she doesn’t have to conceal as many cards like last time, but even then, she has very good reason to not trust Cersei at her word no matter how many reassurances Tyrion provides. Even if Tyrion doesn’t know of Cersei’s treachery down in King’s Landing, it’s going to backfire on him once Sansa finds out.

“I used to believe you were the cleverest man alive,” Sansa tells him. We’ll have to wait to see if Tyrion still has it in him.

It was the window shove that started it all. Bran caught Jaime and Cersei in the act and Jaime replied “the things I do for love” before pushing Bran out. The fall was supposed to kill Bran, but instead, he lived and became more powerful than most living characters in Westeros.

Over the years, Bran has harbored ill will about not being able to walk again, but he’s lost a huge part of himself since becoming the Three-Eyed Raven; he can remember what it was like being Bran and what he felt, but he’s now largely indifferent to it all. And although Bran cryptically refers to Jaime as an old friend, we can only imagine how the rest of their unlikely reunion will play out. (Will Bran be able to absolve Jaime of what he did all those years ago?)

On the surface, Theon and Yara Greyjoy’s reunion doesn’t loom as large in the grand scheme of Game of Thrones; we don’t nearly as much set-up for them as we did, say, Jon and Arya. (More on them in a bit.) But emotionally, it’s a culmination of Theon Greyjoy coming full-circle. In season 4, he was too broken to accept Yara’s help when she tried to rescue him. He stood up for Yara in season 6, but he froze and fled when Euron attacked the Greyjoy fleet in “Stormborn.”

But now Theon knows just who he is. Thanks to his conversation with Jon about how he could embrace both the Greyjoy and Stark sides of himself, Theon is ready to rescue his sister, who slaps and gives him her hand in return. And now that he’s got one half of his family freed, he’s ready to fight alongside the other half with Yara’s blessing.

Did Arya and Gendry ever expect to see each other again at the end of the world? Probably not, so it’s a bit of a shock for both of them. But they quickly fall into their old ways. Arya gets Gendry to make her a new weapon, and Gendry still calls her “M’lady.”

If their reactions to one another are any indication, their actual reunion scene is less about how they left things off and what it could lead to.

Sansa is not happy with Jon at all, and with good reason. Jon gave up his crown, title, and army to fight another war without seeking her opinion—and not only that, Jon brought that queen to Sansa’s doorstep. Dany was always gonna be a hard sell to Sansa and the North, but it’ll be even harder now that she can tell Jon has a thing for Dany.

“Did you bend the knee to save the North, or because you love her?” Sansa asks Jon. She’s not entirely wrong, especially after Dany let Jon ride a dragon (not a euphemism) and they shared a romantic moment at a nearby waterfall.

A lot has happened since the last time Sam and Jon have seen one another, and they have quite a bit to catch up on. But none of that compares to the bombshell that Sam, who is motivated by the news that Dany executed his father and brother, drops on Jon: that his parents are Lyanna Stark and Rhaegar Targaryen (and his birth name is Aegon Targaryen), he’s the true heir to the Iron Throne, and that Ned Stark lied to Jon about his parentage his entire life.

We’ll have to wait until next week to see the fallout from Sam’s decision to tell Jon about his parents now. But no matter Sam’s intentions, Jon’s about to have the existential crisis of a lifetime.

Jon and Arya had the closest relationship on Game of Thrones prior to the start of the series, and even though they haven’t seen one another since the show’s second episode, that’s almost always shone through, particularly if you’re a book reader. Jon gave Arya Needle and Arya never cared that Jon was a bastard.

But after all that they’ve been through, they’re finally back together once again. It might not be the love fest we hoped for—for one, Jon wants Arya to help him bridge the divide between Dany and Sansa—but after making us wait for so long, we’ll take all of the happiness we can get. It’s not like there will be much of that left in Winterfell.