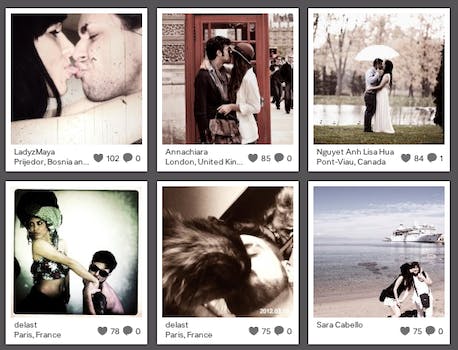 Kiss and tell: Making out can help prevent AIDS

H&M's "Fashion Against AIDS" site will support HIV/AIDS research every time you submit a pic of yourself sucking face.

Pucker up, snap a picture, and help crush AIDS—at the same time.

Swedish retailer H&M is hosting “Fashion Against AIDS” campaign on a site that looks suspiciously like Pinterest. For every photo submitted of you and your mate (or, you know, whomever) snogging, the clothier will donate $1 to HIV/AIDS prevention.

The website is part of H&M’s larger charity campaign against AIDS. The company will release a line of clothes in selected stores later this month, donating a portion of sales to HIV/AIDS research. The retailer is teaming up with other charities, like MTV Staying Alive Foundation and YouthAIDS, to promote the campaign. Since 2007, H&M has raised $6.6 million for the cause.

Nearly 3,000 pictures have been all Instagram-ified, er have been submitted, from 74 countries since the campaign began in early April. Users can creep on the photos by sorting the pictures in four categories: near me, popular, random, and recent. And, also similar to Pinterest, if you like a picture, you can tap the heart button.

The most commented photo is of “melisa,” from Germany, kissing her friend, with 1,060 comments. But if you read the more than 200 pages of comments, nearly all of the comments are from Melisa writing “<3.” Apparently, German keyboards have the <3 button built-in, making it so much easier to be truly annoying online.

The community also voted Ferran’s picture as “Best Kisser.” The picture of him smooching his boyfriend garnered 4,000 hearts, or likes. Also, Lisa, from Austria, has earned the coveted “Most Kisses” title by submitting the most pictures of her kissing her boyfriend. Her Facebook page must be insufferable.

If you are too shy to ask, or don’t have a partner, you can send a horribly titled “Makeout request” to someone you want to swap spit with. But you need to sign in using Facebook so your friends can totally judge you for doing this.

Speaking of, anyone want to make out? It is for charity, after all.