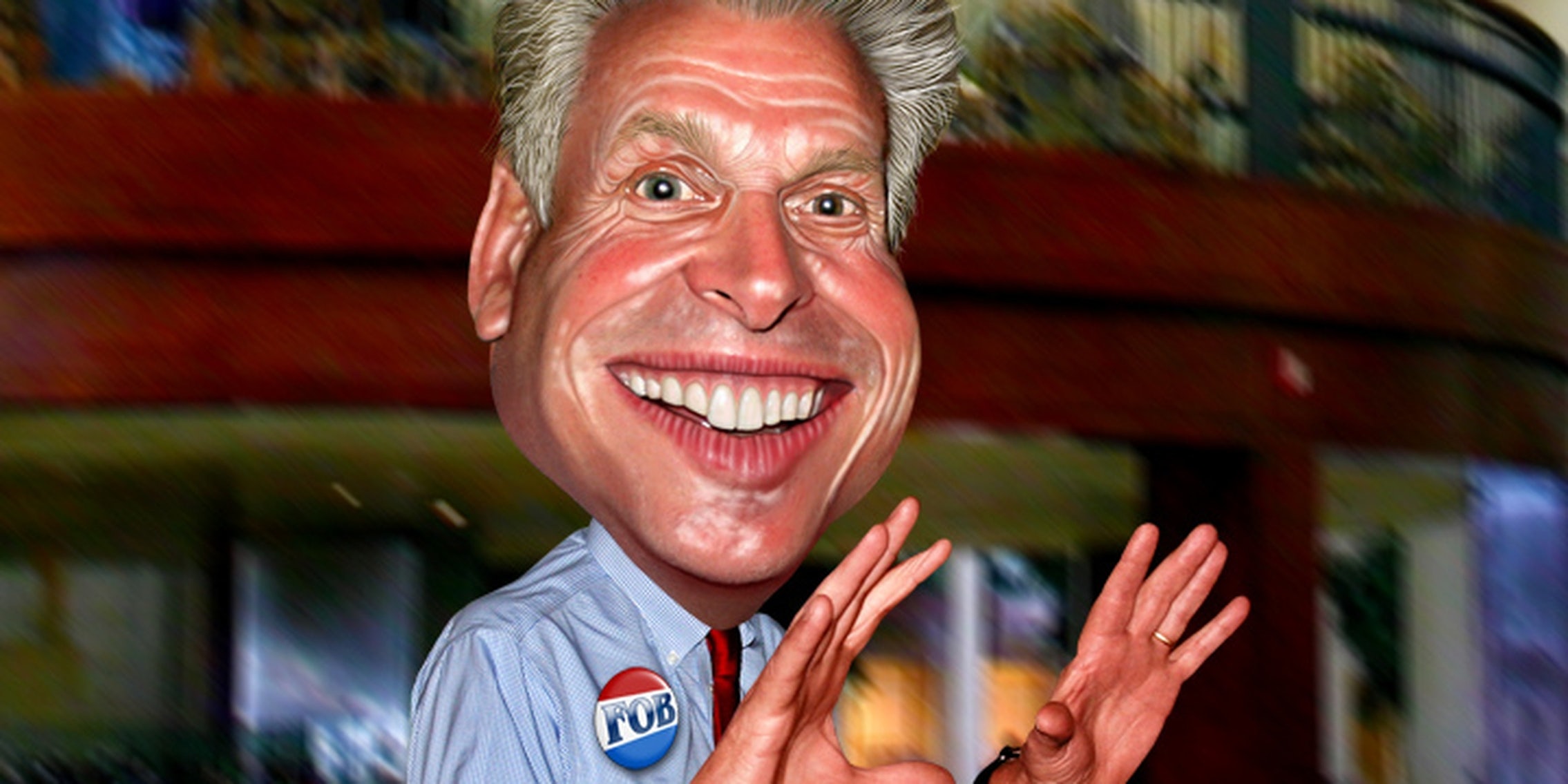 From Terry McAuliffe and Elizabeth Warren and even Barack Obama, everyone's name is being thrown into the hat.

“I am Vice President. In this I am nothing, but I may be everything.”

Much has changed since America’s first vice president, John Adams, offered that observation about the “insignificant” position which “my country has in its wisdom contrived for me.” Since Adams’ statement about his own irrelevancy, the power of the office itself has grown considerably thanks to constitutional clarity on the power and scope of the position, as well as recent occupants like Walter Mondale, Al Gore, Dick Cheney, and Joe Biden. In fact, nine of our vice presidents have ascended to the White House after the death or resignation of the previous president, while another four were elected to the presidency directly from the vice presidency itself.

In other words: Vice presidents matter. Indeed, they matter so much that presidential candidates who fail to adequately research their choice in veep (see: George McGovern and Thomas Eagleton in 1972 or John McCain and Sarah Palin in 2008) have suffered dire political consequences for their recklessness.

With that in mind, the Internet is already abuzz with hot takes on contenders to join Hillary Clinton’s ticket in 2016, with names from Joe Biden and even Barack Obama thrown into the hat. If those seem a bit far-fetched, let’s take a no-nonsense look at the potential running mates who might join Clinton on the ballot if she wins the Democratic presidential nomination next year.

Although statistician Nate Silver recently observed that vice presidential running mates only net around two points for the national ticket in their home states, even a boost that small can make the difference between victory and defeat if it occurs in the right state.

Consequently Bennet, Kaine, and Warner all deserve to be mentioned, as each of them hails from traditionally Republican states that Obama won twice (Colorado and Virginia, respectively) and are, thus, considered up for grabs in 2016. In addition to occupying electorally valuable real estate, the three Senators are well-known moderates unlikely to make waves or damage Clinton’s chances with inopportune gaffes or scandals.

Not likely: Despite also hailing from Virginia, it’s unlikely that the notoriously controversial Senator Jim Webb, while Colorado’s popular governor John Hickenlooper has already taken himself out of consideration.

Despite the magnitude of being America’s first female presidential nominee, Clinton could still opt for a female or Latino running mate to even further heighten the excitement associated with her ticket. Of course, selecting Julian Castro would also help establish a connection with the Latino community, one that is becoming increasingly influential in presidential elections. As such, the Christian Science Monitor touted Castro as the most logical choice.

On the other hand, as Democratic adviser Chris Lehane explained to the Hill, the fact that Amy Klobuchar and Elizabeth Warren are both women could work to their advantage if Clinton decides to buck conventional wisdom and “double down” on the demographic theme of her candidacy This scenario isn’t as farfetched as it might initially seem: Bill Clinton did something very similar when he picked Al Gore, a fellow Southerner, as his running mate in 1992. And between the two candidates, Clinton would most likely go for Klobuchar if she wanted to be perceived as moderate and Warren if she felt the need to shore up her liberal support.

Not likely: Although the aforementioned article in the Hill also mentioned Sen. Kirsten Gillibrand (NY) as another running mate, two politicians from the same state who share a national ticket are required to forfeit that state’s electoral votes. This is an unlikely prospect, considering the state in question is New York. Meanwhile, despite rumblings that the nod could go to Sen. Cory Booker (NJ), his lackluster record in the Senate would make him less attractive than the alternatives.

Much as George W. Bush selected Dick Cheney as his running mate due to their longstanding professional relationship, it is entirely possible that Clinton will tap for vice president someone with whom she is personally familiar. Not only would this increase the chances of the vice president having a close bond with the White House (always a good thing), but it could help Clinton feel comfortable that her vice president would continue the Clinton agenda should something happen to her. The fact that Vilsack and McAuliffe hail from swing states—Iowa and Virginia, respectively—certainly doesn’t hurt, although it isn’t the primary reason for their inclusion here. As the New York Daily News noted, Vilsack “has been a Clinton pal for decades,” while Beltway tongues have been wagging since 2013 about the disproportionate presence of McAuliffe staffers on Clinton’s campaign team and vice versa.

Not likely: Laugh all you want at the Chicago Tribune’s Jonathan Bernstein for speculating that Vice President Joe Biden could be an ideal running mate for Clinton. If nothing else, the notion is infinitely more plausible than the New Republic’s suggestion that she choose President Obama, not only for constitutional reasons (thanks to the 12th and 22nd amendments) but because she and Obama have never had a particularly warm relationship.

By contrast, the Clintons are well-known to genuinely like Biden. But the choice isn’t as advantageous for Hillary Clinton as it was Obama: Biden helped the Democratic ticket in 2008 because he offered the experience that Obama lacked, but he would offer no comparable advantages to Clinton.

When all is said and done, the likelihood is that even Clinton won’t know her eventual choice until the weeks before she if officially nominated (at the earliest). After all, her decision will almost certainly depend on the political conditions she faces once the 2016 election itself is actually under way. A major foreign policy crisis could cause her to look more closely at high-ranking military brass or elected officials with records of service in the armed forces. If she feels the Latino vote is threatened by a Republican nominee like Ted Cruz, Marco Rubio, or even Jeb Bush (whose wife is Mexican-American), she could lean toward Castro.

Conversely, if she has reason to be confident of her victory in November, she may make whatever choice feels right to her without regard to whether it will win her votes, thereby adding a boost to candidates like Vilsack and McAuliffe.

With more than a year and a half between today and Election Day, any speculation as to the identity of the future Democratic vice presidential candidate is inherently premature. However, that won’t stop the Internet from speculating in the meantime.

Matt Rozsa is a Ph.D. student in history at Lehigh University, as well as a political columnist. His editorials have been published in The Daily Dot, Salon, the Good Men Project, Mic, MSNBC, and various college newspapers and blogs. I actively encourage people to reach out to me at [email protected].