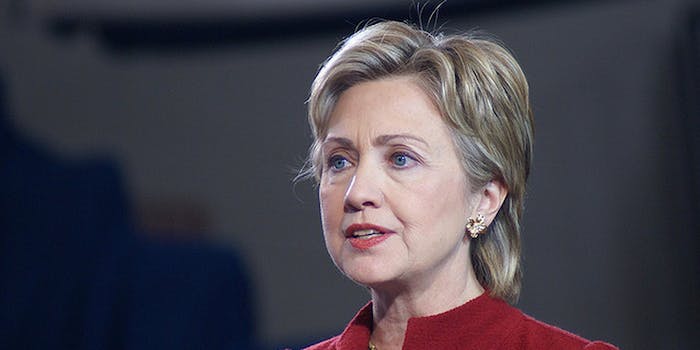 What is this new social network Hillary Clinton just joined?

As always, HRC is well ahead of the curve.

This week, President Obama got a Twitter account—eight years too late. Looking to avoid a similar gaffe, and to reinforce how well she understands today’s youth, 2016 contender Hillary Clinton instead joined the mysterious new social network that everyone’s talking about.

What exactly is LinkedIn? Nobody can be sure. Preliminary reports suggest it could be the new Ello, or perhaps an improved version of Meerkat. What we do know is that most of its users are experts in Natural Horsemanship and Xbox 360.

Anyway, as of this writing, Clinton has 3,579 followers, which seems pretty good. Not enough to secure a nomination, but good!

Since staking out some territory on the as-yet-unexplained site, Clinton has published a #shortread about how great American small businesses are and what we can do to keep them from dying a slow, agonizing death. This is a refreshing departure from the talking points of every other presidential candidate from the past 60 years, and it also showcases how great LinkedIn is at hosting content that could easily be posted on your campaign page.

But wait, there’s more! As with Facebook—a major social hub that LinkedIn will probably supplant within the next six months—there’s space to humblebrag about life events. We couldn’t help noticing a curious gap in Clinton’s résumé, however, where she took a year off from being First Lady of the United States. (The “typo,” if we’re calling it that, has since been “corrected,” even though we all know what was really up back then.)

Aside from the revelation that Clinton edited a book of children’s letters to the pets she kept in the White House and reassurances that middle-aged white people don’t hate her, what does this LinkedIn profile mean for you? Should you register yourself and try to “connect” with the commander-in-chief-in-waiting?

Nah, just wait and friend her when she gets Google+.