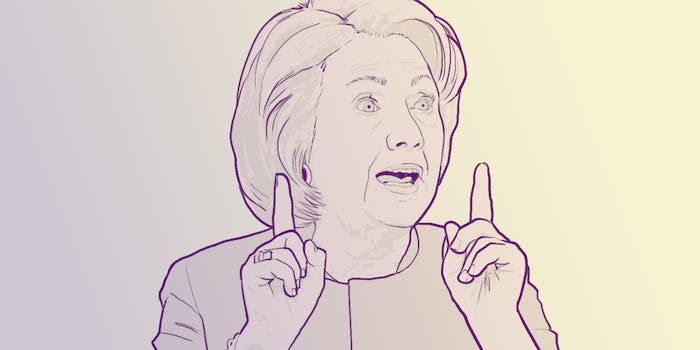 Time to fess up.

Oh, I’m ready for Hillary… to fess up about Benghazi.

The former secretary of state testified before the House Benghazi committee on Thursday. We were hoping the truth would come out—four died because Hillary lied—but it was nothing but tired antics from Clinton.

We’re not going to let her get away that easy, though. After all, Hillary might be our next president, and we can’t have that. I’ve assembled a team of passionate Benghazi truthers to protest Hillary along the campaign trail. And you better believe we’re going to be decked out in the freshest Benghazi swag.

It’s easy to find—just search for “Benghazi” on any DIY merchandise site like Cafe Press, Zazzle, or Redbubble.

Make sure your team looks the part with “Remember Benghazi” T-shirts. 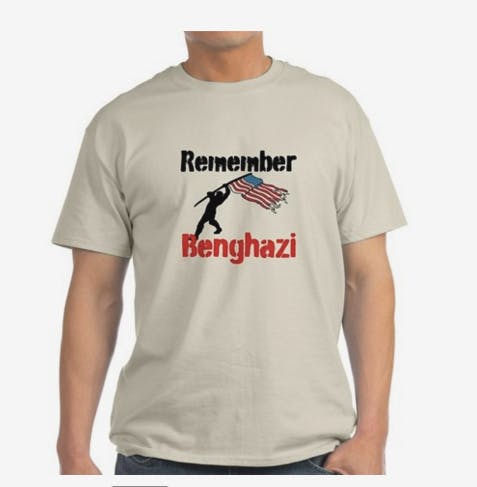 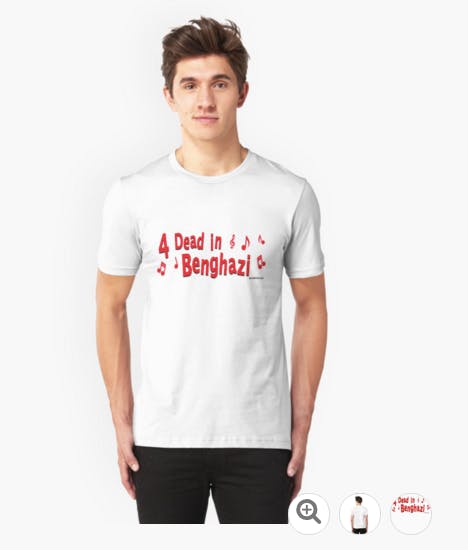 The Big Bang Theory fan on your team can choose between a standard tee, or this excellent shirt that pays homage to Sheldon in the style of the “Bazinga” shirt. 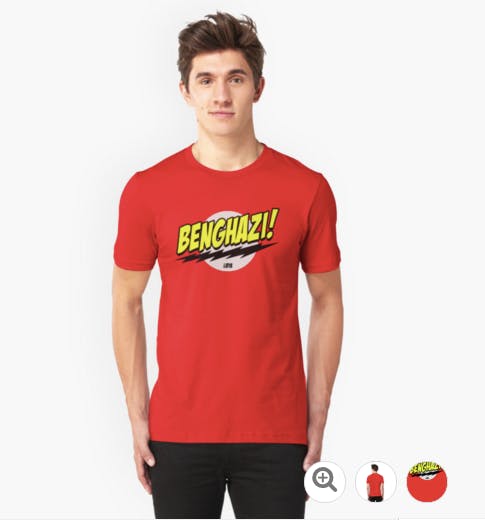 Carry around all Benghazi-related books, secret documents, and shredded memos in this one-of-a-kind tote. 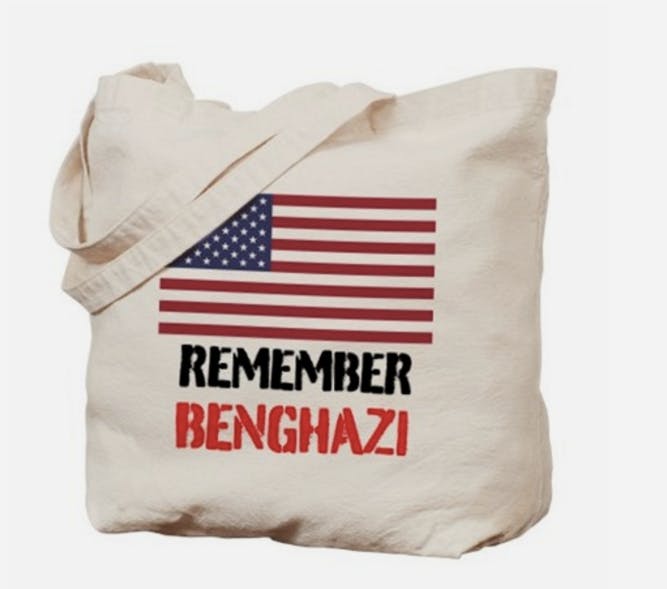 Not big enough? Then spring for the duffel bag. 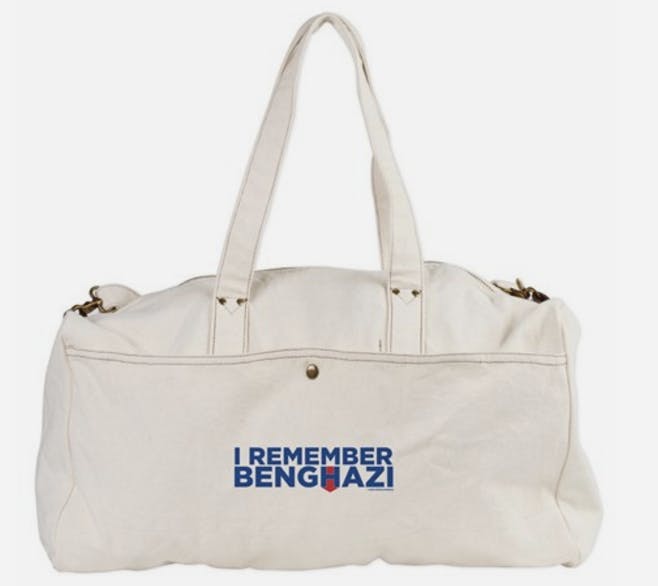 Be sure to write down every time Hillary tries to cover up her lies with this Benghazi spiral notebook. 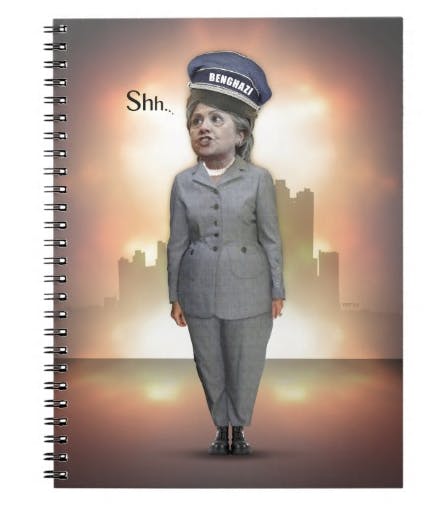 Don’t forget to pick up a “Hillary for Prison 2016” ballpoint pen. 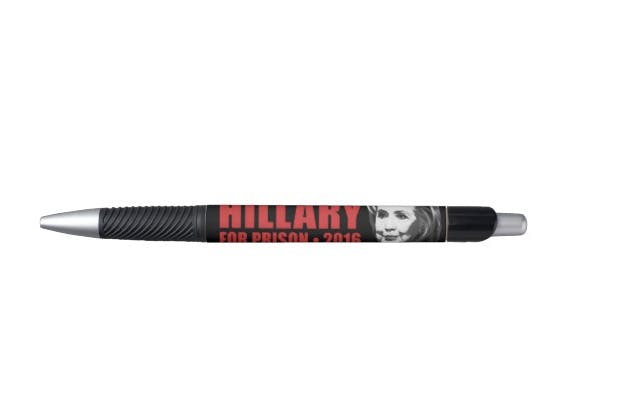 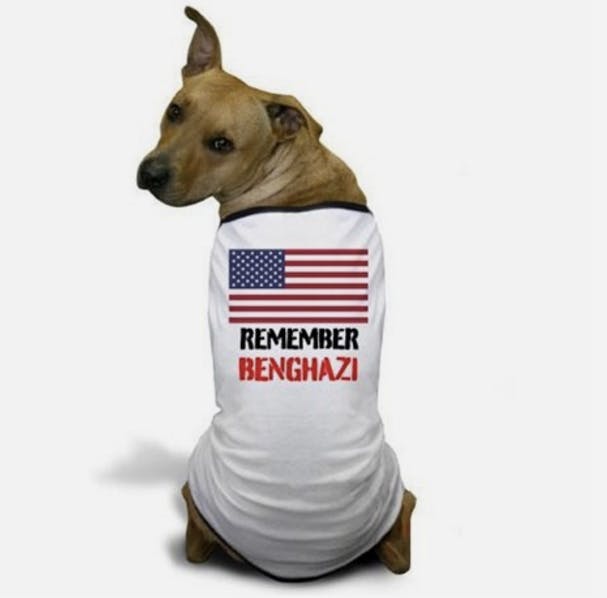 Don’t get too hungry following the Hillary campaign.

Keep your stomach questioning with this “Beast of Benghazi” jumbo cookie and a piece of “Ready for Hillary to stop lying about Benghazi” brownie. 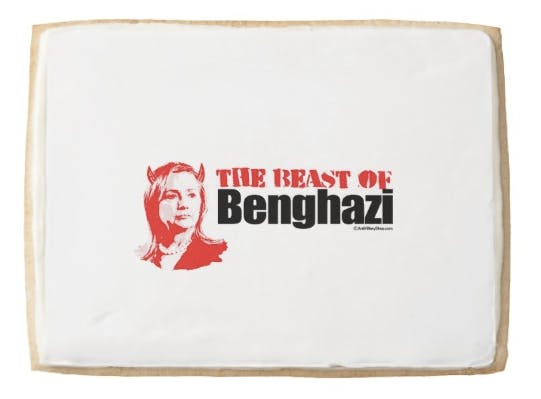 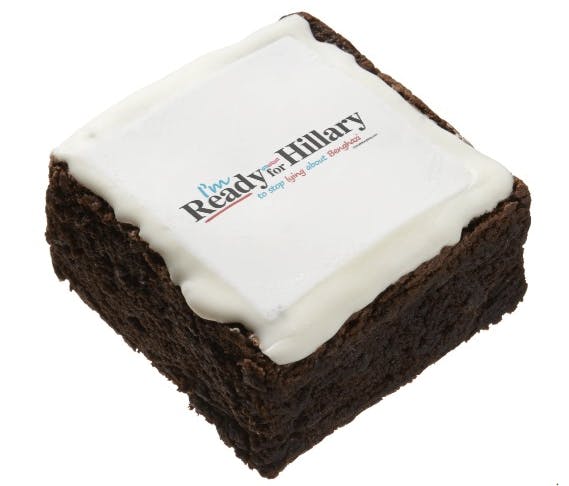 Impress your team with a “Benghazi is her only accomplishment” cheeseboard. 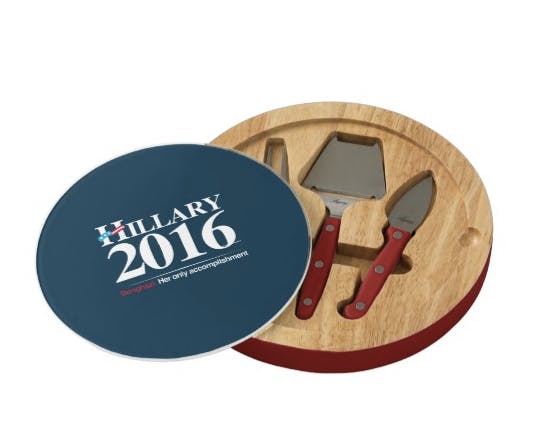 When you’re fighting for the truth, sometimes a quick swig of whiskey helps. 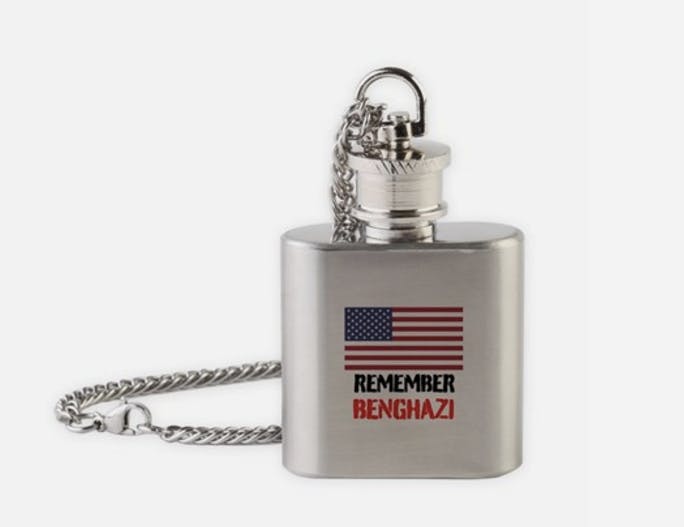 Never forget to remember Benghazi even in your dreams. 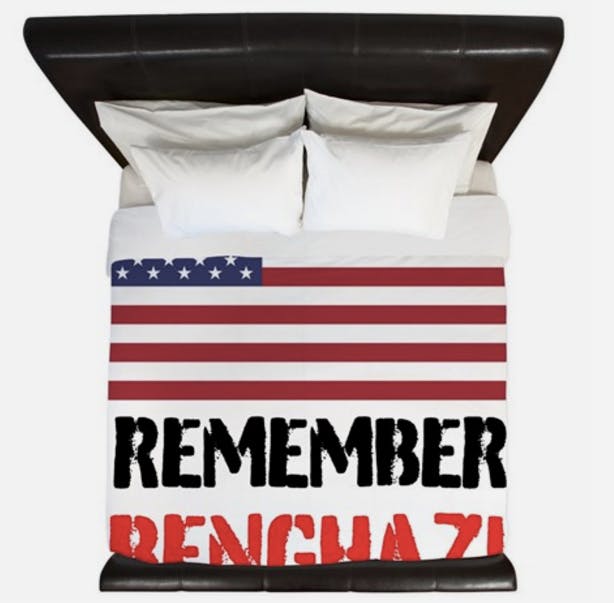 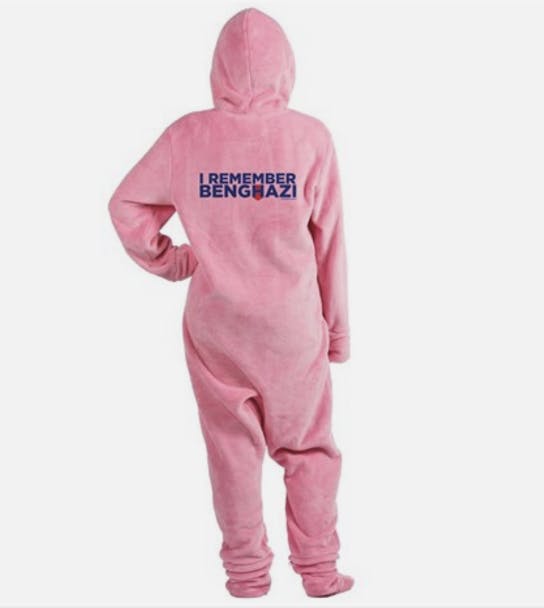 (Footie pajamas are available in pink or creme.)

And just because Hillary covered up, it doesn’t mean you have to. 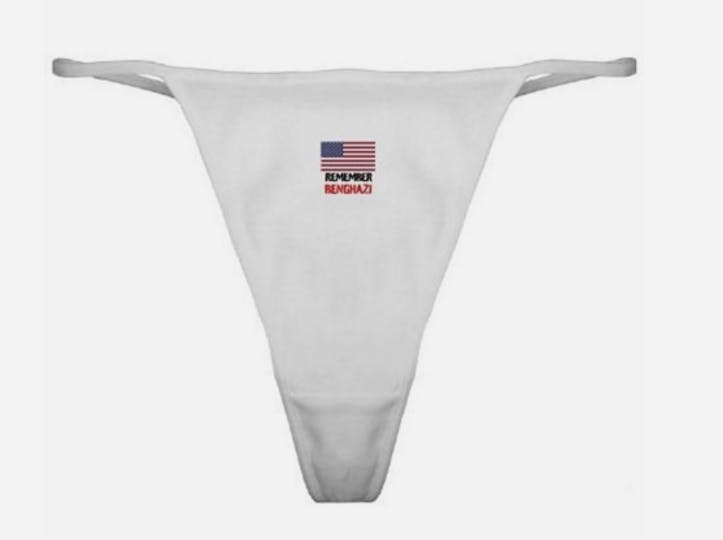