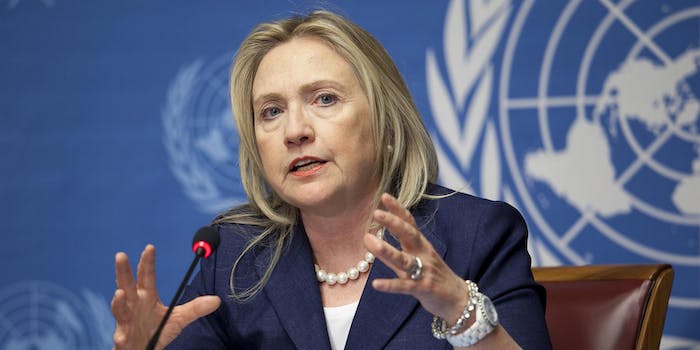 What Hillary Clinton doesn’t understand about the Israeli-Palestinian conflict

The Israel-Palestine conflict has rapidly become a key issue in the 2016 presidential race, with candidates from all parties weighing in on the United States’ role in the Middle East. Among them is Democratic frontrunner Hillary Clinton, who has a lot more faith in Israeli Prime Minister Benjamin Netanyahu than the Obama administration, whose patience with Bibi is wearing thin.

Clinton has reaffirmed her support for a two-state solution on multiple occasions, and she does not want Israel to be a “partisan issue.” However, Clinton’s latest comments about the Boycott, Divestment, and Sanctions (#BDS) movement missed the mark—and Twitter widely condemned her for it.

"Those people don't give me money. Thus I condemn BDS."

On July 2, Clinton sent a letter to Israeli-American businessman and campaign donor Haim Saban, writing that “I know you agree that we need to make countering BDS a priority” in order to “fight back against further attempts to isolate and delegitimize Israel.”

As you know, BDS seeks to punish Israel and dictate how the Israelis and Palestinians should resolve the core issues of their conflict. This is not the path to peace. I remain convinced that Israel’s long-term security and future as a Jewish state depends on having two states for two peoples. But that outcome can only be achieved through direct negotiations between Israelis and Palestinians—it cannot be imposed from the outside or by unilateral actions.

These “unilateral actions” that Clinton mentioned included Palestinian efforts to “unilaterally declare statehood” at the United Nations—efforts that she is proud to have blocked.

But what is particularly appalling is her misunderstanding of BDS. BDS is not “imposed from the outside”—it is a call from within Palestinian civil society for the end of Israeli occupation of Palestinian territories, for all human rights of Palestinians to be restored, and for Palestinian refugees to have the right of return.

BDS is perhaps the only way for non-Israelis and Palestinians to act on this issue: Rather than attempting to impose a solution in a region in which they don’t live, BDS activists from around the world can pressure Israel academically and economically to stop infringing on Palestinians’ human rights.

The BDS movement is a point of contention at many college campuses in the United States—where, since last summer’s increasingly brutal attacks in Gaza, the movement has accelerated into the national spotlight.

But it is not, as the New York Times called it, driving “a wedge between Jews and minorities.” This Times article did the same thing that Clinton is trying to do now—drive forth a particular political agenda, in which an atmosphere of rising anti-Semitism is being attributed to BDS.

But describing BDS as “anti-Semitic” and making “minorities” seem like the bad guys are inaccurate sentiments, and they conveniently ignore the simultaneous rise of Islamophobia in the global sphere.

The BDS movement is not “counterproductive to the pursuit of peace and harmful to Israelis and Palestinians alike,” as Clinton stated in her letter. It is an act of nonviolent resistance, by which artists like Lauryn Hill stood in solidarity with Palestine and American universities divested from corporations that are complicit in Israel’s occupation of Palestinian territories.

The BDS movement does not attempt to “delegitimize Israel,” but rather brings legitimacy and awareness to the violence faced by Palestinians at the hands of the Israeli government. 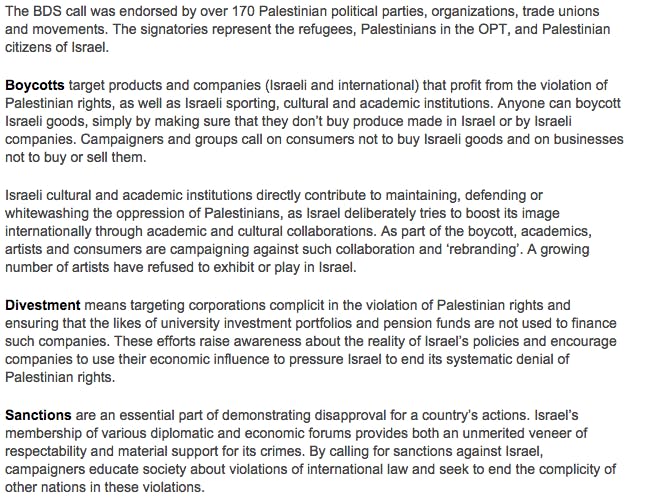 As long as prominent American politicians like Clinton continue to speak out against BDS as though it is some violent campaign to destroy Israel, Palestinian voices will continue to be silenced. These politicians cannot continue to honestly advocate for a two-state solution if they are going to refuse to listen to a call that comes from within Palestinian civil society itself, and that is precisely what BDS is.

Photo via US Mission Geneva/Flickr (CC BY ND 2.0)