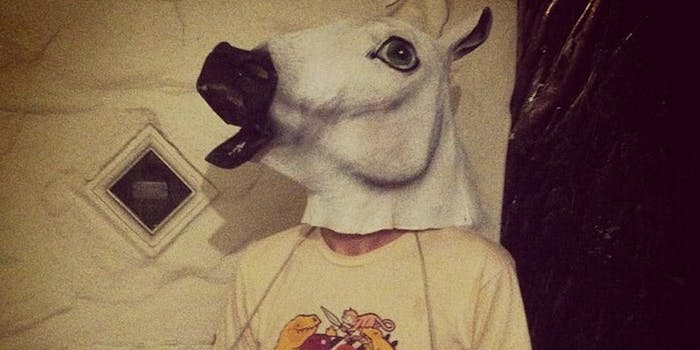 This student gets our vote for "most likely to succeed."

Around nine months ago, a Tumblr user named Emily made a promise to her followers.

If she received more than 500 notes on one of her posts, she pledged to use a tweet from @Horse_ebooks, Twitter‘s shining light of spam poetry, as her yearbook senior quote.

Skip ahead to the end of the school year, and guess what? Emily made good. 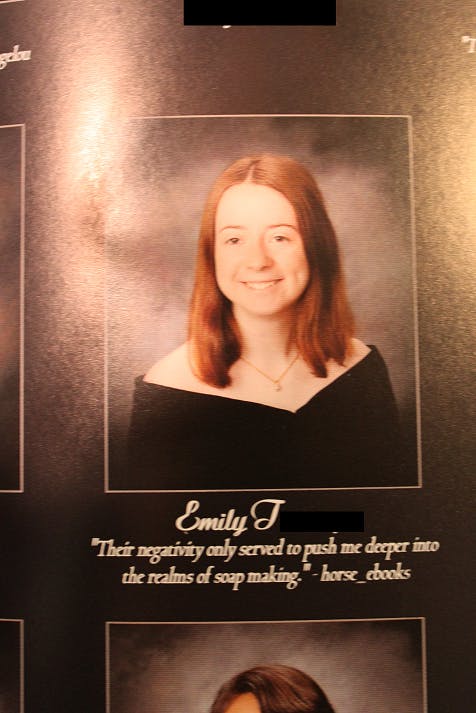 It’s not clear how many notes her original post received. Her current count includes all of the likes and reblogs that have occurred in the wake of her sudden Internet popularity.

Still, in case you want proof that her senior quote is from an actual @horse_ebooks tweet, here you go.

Their negativity only served to push me deeper into the realms of soap making.

Of course, there are a few copycats ready to do the same thing when it’s time for their yearbook.

I’m gonna use a horse_ebooks tweet for my yearbook quote

For the time being though, Emily stands alone as “that girl who used a silly @horse_ebooks tweet as her senior quote.” For that, we salute her.