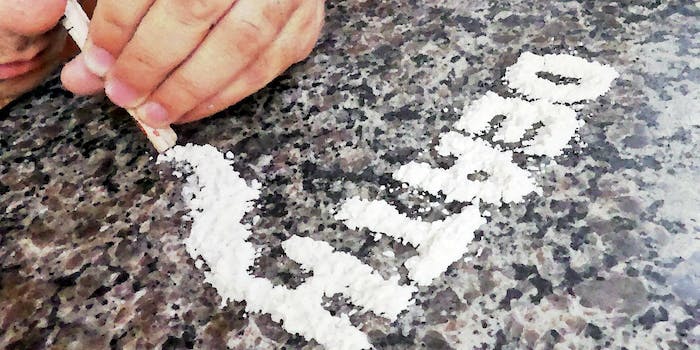 Great art is all about passion, and one high school student seems to embody that more than most performers twice his age. At an age where many of us were afraid to make eye contact with our classmates, this kid jumped up on a stool and launched into a screaming rap song about the dangers of doing blow.

And although the majority of his fellow students just giggled or stared in amazement, at least one guy gave the song the reaction it deserved.

The short clip was posted last Tuesday, and it’s already racked up 30,000 views on YouTube. Then, on Thursday, someone posted a longer version of the song with two different cell phone videos cut together.

If nothing else you have to appreciate that wicked stool hop.

Where, you might ask, is the teacher during all of this? Well if you look closely at the video, they seem to be standing under the American flag as confused as everyone else in the room, wondering how they turned control over to such a madman … which, on an unrelated note, might be the perfect metaphor for the state of the nation. 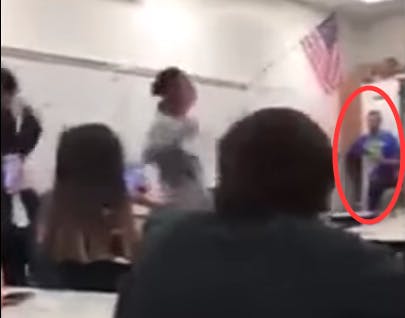 So far, the name of the fiery rapper and the name of his school, have yet be revealed, but around the time the original clip appeared on YouTube, an artist who goes by “Lil’ Crunch” uploaded a full version of “Please Don’t Do Cocaine” to Soundcloud.

The only other songs on that Soundcloud account are both instrumentals so there’s no basis for comparison vocally, but unless someone was able to make a very quick remix, odds are that “Lil Crunch” is in fact the kid from the video.

The Daily Dot will make sure to keep you posted as details of the very important story emerge. In the meantime, you can meditate on the lessons this young man has taught us: