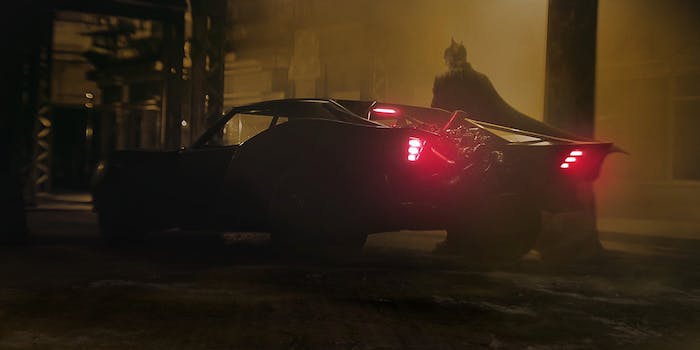 The show will focus on the Gotham City Police Department.

We’re more than a year out from seeing The Batman in theaters, but HBO Max is already interested in expanding the world that director Matt Reeves is creating.

HBO Max announced Friday that it greenlighted an original DC series centered around the Gotham City Police Department from Reeves and Boardwalk Empire creator Terence Winter. Described as “groundbreaking,” the untitled series takes place within the version of Gotham that Reeves will introduce in The Batman and “will build upon the motion picture’s examination of the anatomy of corruption in Gotham City, ultimately launching a new Batman universe across multiple platforms.”

“This is an amazing opportunity, not only to expand the vision of the world I am creating in the film, but to explore it in the kind of depth and detail that only a longform format can afford—and getting to work with the incredibly talented Terence Winter, who has written so insightfully and powerfully about worlds of crime and corruption, is an absolute dream,” Matt Reeves said in a statement.

Little else is known about the series aside from its focus on the GCPD, exploring corruption, and eventual plans to launch a multi-platform Batman universe. But as Hollywood continues to reckon with how its portrayal of cops has vastly warped our perception of the police, it feels somewhat tone-deaf to make a new cop show right now. (And that’s not even counting that Gotham, a show centered around the GCPD, recently ended a five-season run.)

Granted, there are some ways to portray nuances in the GCPD; Gotham Central, a famous and critically acclaimed DC Comics run by Greg Rucka and Ed Brubaker, was similar to a police procedural set within Gotham. And as HBO Max’s press release highlighted, the “anatomy of corruption” will be a key component in the HBO Max series that Reeves and Winter plan to make.

But even if that is the show’s intent, there are still ways to perpetuate copaganda, whether it’s in the limits of the stories they can tell or what people are comfortable with telling to how crimes, especially those not committed by an array of Batman or DC villains, are portrayed.

We might not know exactly what shape Reeves’ Batman movie will take, but even within the pantheon of Batman stories, there are so many more interesting stories to tell within Gotham City limits that don’t involve a focus on the police.