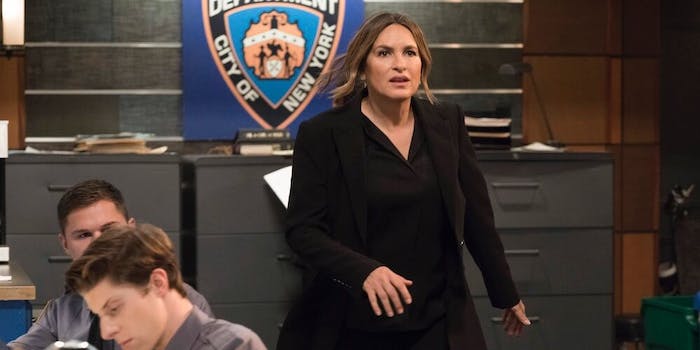 TV cops urged to donate to bail funds for protesters

TV cops have shaped the narrative around law enforcement for decades.

The television landscape is full of fictional cops, and for decades, their depictions on the small screen have largely shaped how we see law enforcement.

Now, those who made their money playing cops on TV are being asked to help pitch in toward bail fund efforts and organizations fighting against systemic racism and police brutality.

On Monday night, Griffin Newman, a comedian who starred in The Tick and co-hosts the Blank Check Podcast, posted a photo of a donation he made.

While noting that he once had a minor role as a detective on the long-running CBS police procedural Blue Bloods, Newman highlighted that a lot of actors have played cops on TV, and for some, playing a cop can be extremely lucrative. He also urged his followers to pass the message forward to other actors who’ve played cops and posted a link to the National Bail Fund Network.

In the hours since he first posted his receipt, Stephanie Beatriz (who plays Detective Rosa Diaz on Brooklyn Nine-Nine) matched his donation while Kirsten Vangsness (who played FBI Technical Analyst Penelope Garcia on Criminal Minds and two of its spin-offs) pledged to donate as well.

Earlier Monday, Best Show creator Tom Scharpling highlighted a similar sentiment and what role his work writing on Monk likely played in shaping the narrative around cops that persists to this day.

“If you – as I have – worked on a TV show or movie in which police are portrayed as lovable goofballs you have contributed to the larger acceptance that cops are the implicitly the good guys. Most shows dont portray the brutal shit – much less the racism – that goes on daily. I worked on MONK, that’s what we did. Goofy good guy cops for eight seasons. Not saying you should be necessarily be ashamed of your work, it’s comedy/entertainment, I get it. But we need to be mindful of the implications of this attitude going forward. We also need to PAY UP. If you made your living portraying cops as harmless heroes, consider giving $$ to support what is right and just, to contribute to actual change, he wrote in a thread.

Last week, Niecy Nash announced that the cast of Reno 911, which had been revived on Quibi, would donate $10,000 to help George Floyd’s family after he was killed by police in Minneapolis.

“Our cast of Reno 911, we play bumbling cops on TV but, in real life, this is no laughing matter to any of us,” she told Good Morning America. “I am the mother of a black son and I’m devastated. Our entire cast is brokenhearted about the passing of George Floyd and prayerfully this donation will be a small step towards healing for his family.”

Police shows are extremely popular on TV. Many of the top-rated shows on broadcast networks—including NCIS, FBI, Blue Bloods, Chicago PD, 9-1-1, and FBI: Most Wanted—are law enforcement-centered procedurals, while Law & Order: SVU is currently one of the longest-running shows on TV, having just ended its 21st season in April. And for law enforcement, TV has been an incredibly effective way of shaping how we view police, not to mention how much it obscures the negative aspects of law enforcement (or relegates those tendencies like police brutality to only a “few bad apples”).

“The cast and showrunner of Brooklyn 99 condemn the murder of George Floyd and support the many people who are protesting police brutality nationally,” the statement read. “Together we have made a $100,000 donation to The National Bail Fund Network. We encourage you to look up your local bail fund: the National Bail Fund Network is an organization that can lead you to them. #blacklivesmatter.”