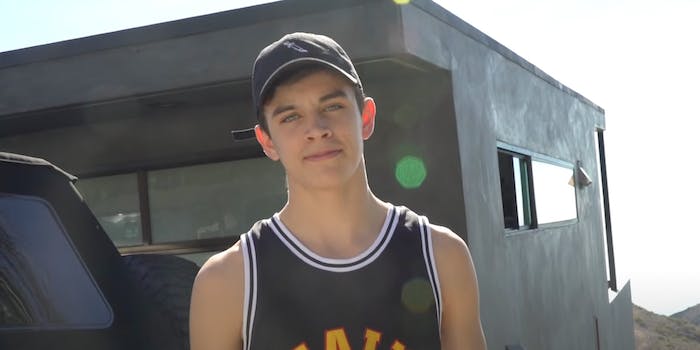 He was released after posting bail and is expected to appear in court on Monday.

Social media influencer Hayes Grier was arrested on Friday after brutally beating up a man and stealing his phone.

According to TMZ, Grier—a former “Dancing With the Stars” contestant—was booked in a Charlotte, North Carolina jail after a warrant was issued to extradite him from his Encino, California home. The 21-year-old faces charges of felony conspiracy, common law robbery, and assault causing serious bodily injury.

Grier is accused of assaulting William Markolf, who reportedly sustained a broken left orbital bone, brain damage, bruised ribs, head trauma, and hearing loss from the attack. Grier and a co-conspirator, who has not been arrested yet, are also accused of stealing Markolf’s $1,200 cell phone.

According to The Charlotte Observer, Grier posted bail and is due to appear in court at 9 am on Monday. It’s unclear if he will appear in California or North Carolina.

Grier and his brother, Nash, gained fame on the now-defunct video-sharing app, Vine. He currently has over 882,000 YouTube subscribers and over 5 million Instagram followers.