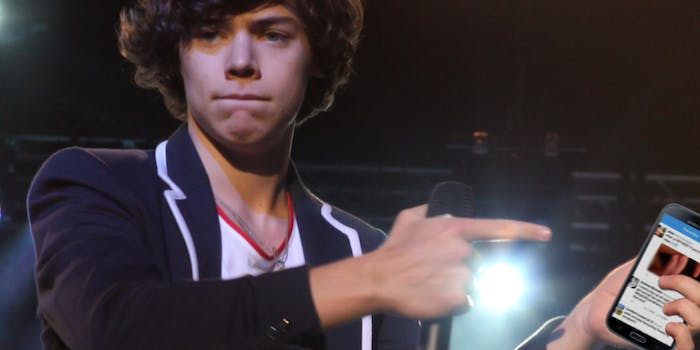 We should probably just slap a NSFW label on Harry Styles’s entire existence at this point.

Note to Harry Styles: You have 21 million Twitter followers waiting to launch into an epic meltdown over your every move.

What did you think was going to happen when you favorited a tweet from an adult performer?

Sometimes journalists are called upon to do truly important cultural work. Today #HarryDontLickAnything is a worldwide trend on Twitter, and I’m here to explain why. You might want to make sure you’re sitting down.

Last night, apparently just before going offline, Styles favorited a very provocative, extremely not-work-safe tweet that Jess made in May. 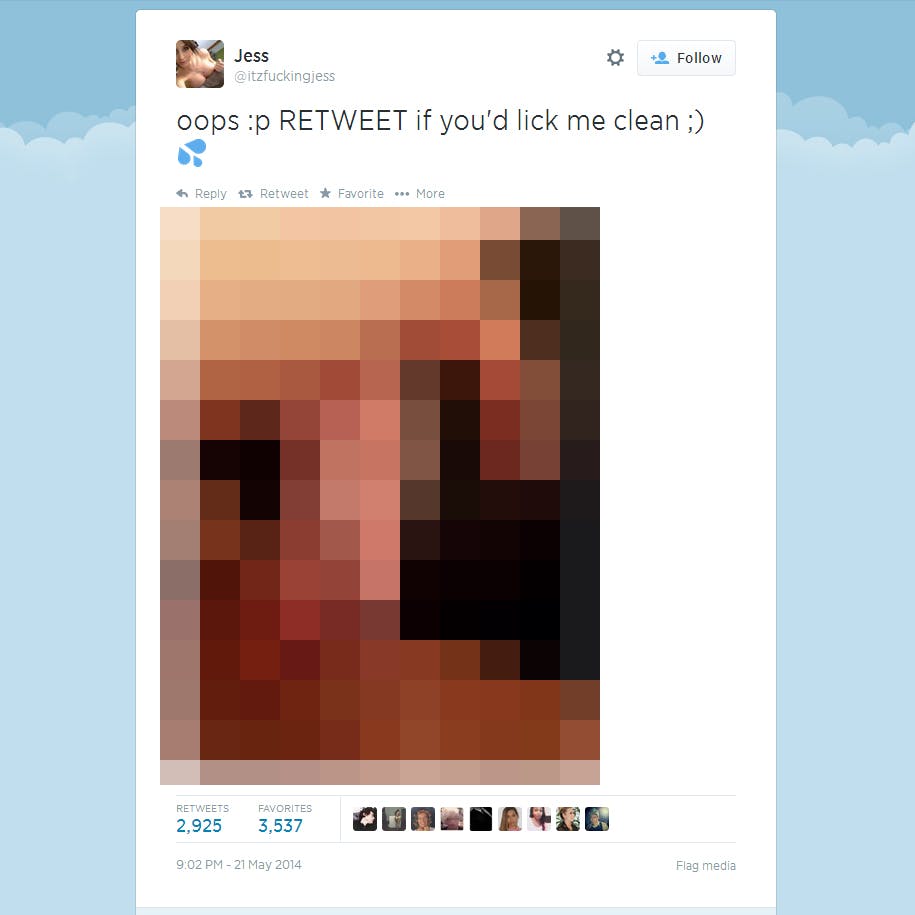 Styles’s fav (he’s since unfavorited the tweet) was instantly spotted by the eagle-eyed One Direction fandom, who immediately had a meltdown over it. The fav could have been accidental—after all, as of last night, Styles only had 11 favorites total. But the tweet was made in May, so it would be hard to imagine Styles stumbling across it unless he went looking for it, if you get our drift. And as One Direction fans know, it wouldn’t be the first time he’s wandered into scandal over this particular anatomical area.

As for Styles, when he realized what had happened, he promptly went into damage control mode, which in proper 1D form meant… favoriting lots of pictures of puppies and kittens.

Gosh, Harry, even when you’re in the middle of a sex scandal, you’re just so adorbs.

Then he did the Internet equivalent of conspicuous thumb-twiddling.

And received this cheeky response back from his BFF, UK DJ Nick Grimshaw: 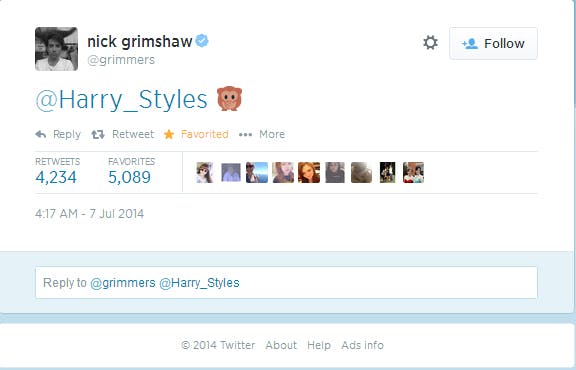 We’re with Grimmy: We saw no evil, honest! But Jess may not be quite ready to let this moment go: 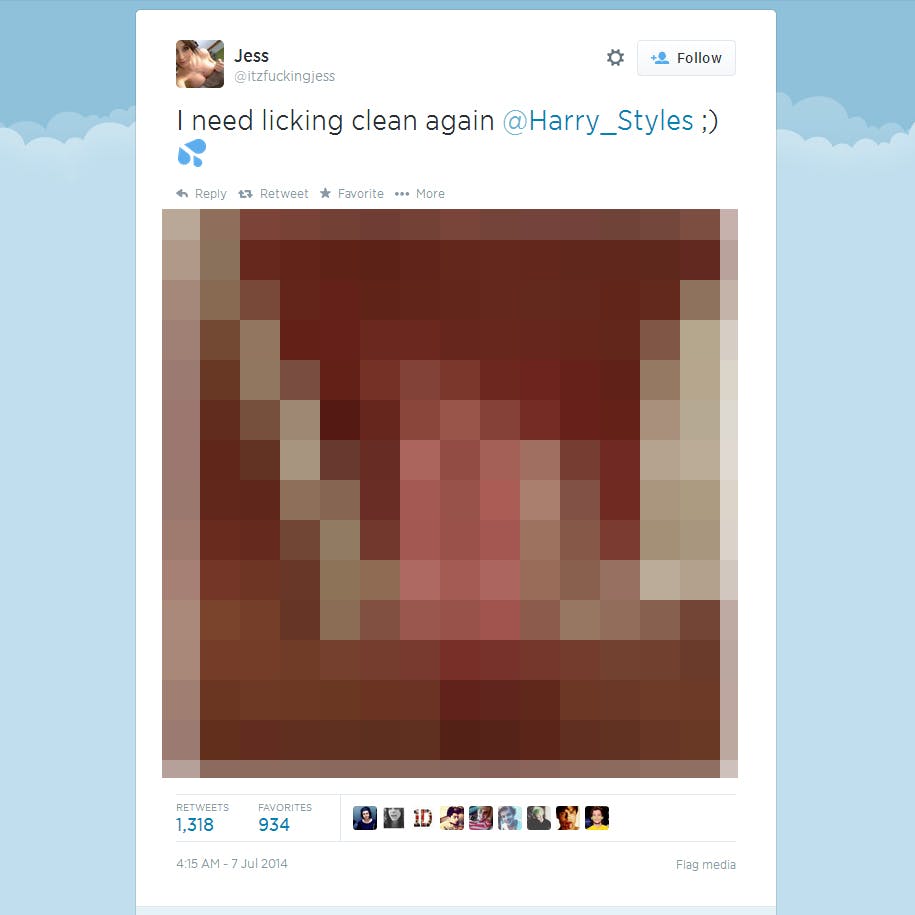 And who can blame her, really? It’s not every day you get noticed by the world’s most-wanted pop idol. Hey, it’s not a meet-cute based on an unexpected between two quirky personalities.