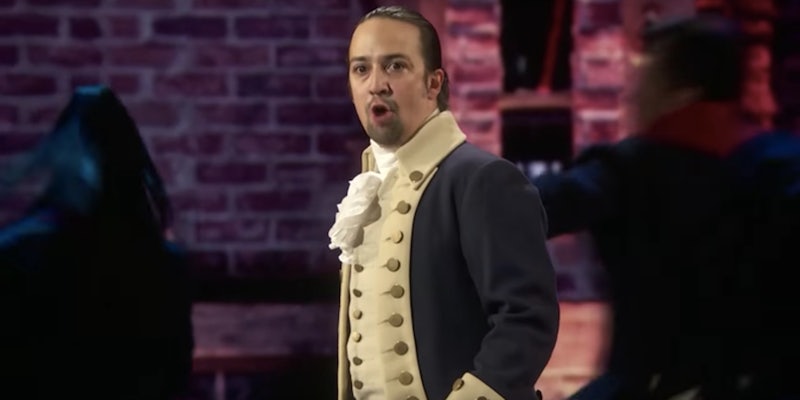 Woman dumps boyfriend who tried to give away her ‘Hamilton’ tickets

Hamilton tickets have become the most sought-after things in the known universe. The musical about the life of founding father Alexander Hamilton, starring Lin-Manuel Miranda, has taken Broadway by storm, with an extremely passionate fandom and people entering the ticket lottery every day in hopes of nabbing a chance to watch. Ticket resales have reached well worth into the hundreds, even thousands of dollars.

So it’s no surprise that redditor confusedtheatergeek was excited to make a big trip to New York City to see the uber-popular musical with her mom. She grew up somewhat poor, and her mother would save money so that they could go see musicals that stopped in their town. These became some of her fondest memories, so seeing Hamilton together meant a lot to them.

Looking forward to the big event in July, everything (including hotels and travel arrangements) was set. That is, until her jerk of a boyfriend did something pretty shitty. He promised the tickets to his younger sister.

Posting to r/relationships, the 29-year-old woman turned to Reddit for help deciding whether or not she should break up with the jerk (we obviously vote “yes”). She explains how it all went down, including the nasty showdown with the boyfriend’s family, who dared to blame her for the fast one their son tried to pull.

Confusedtheatergeek’s original post has since been deleted, but we preserved the ludicrous situation in screen shots. 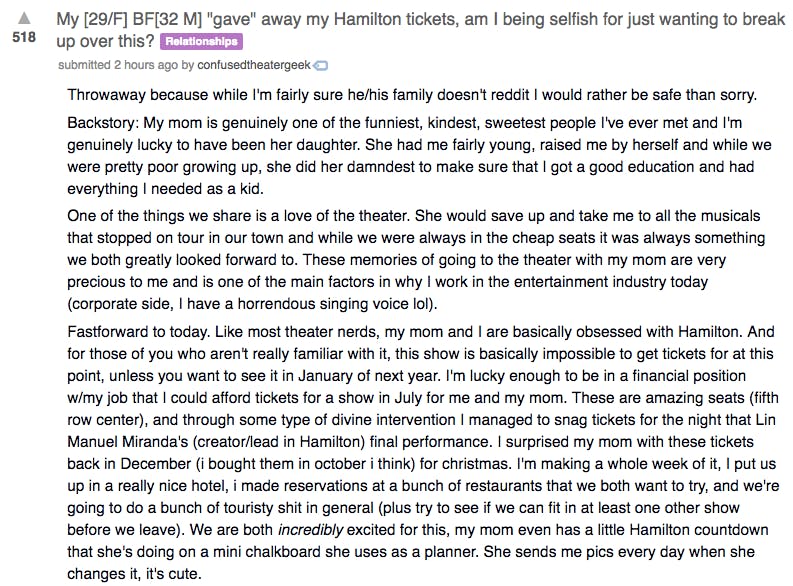 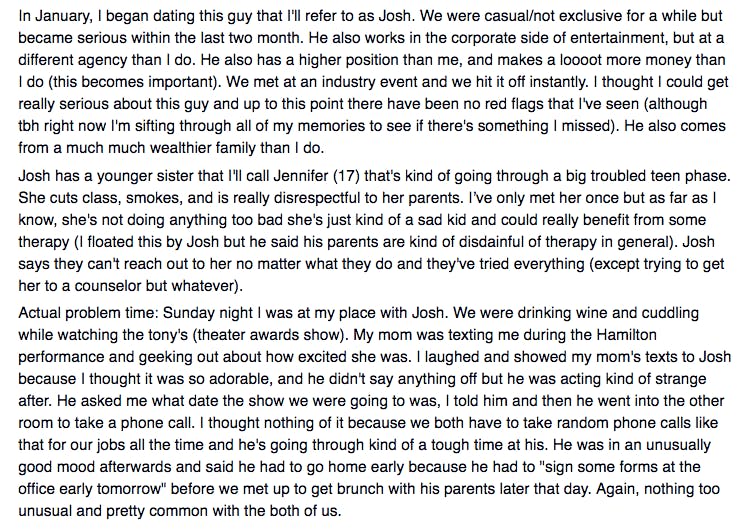 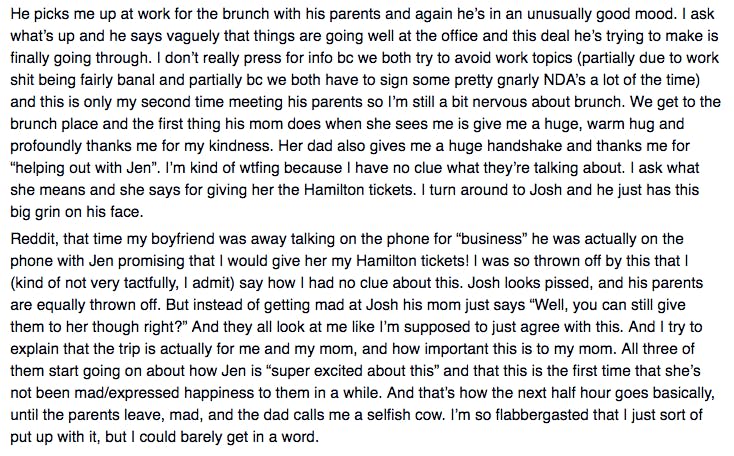 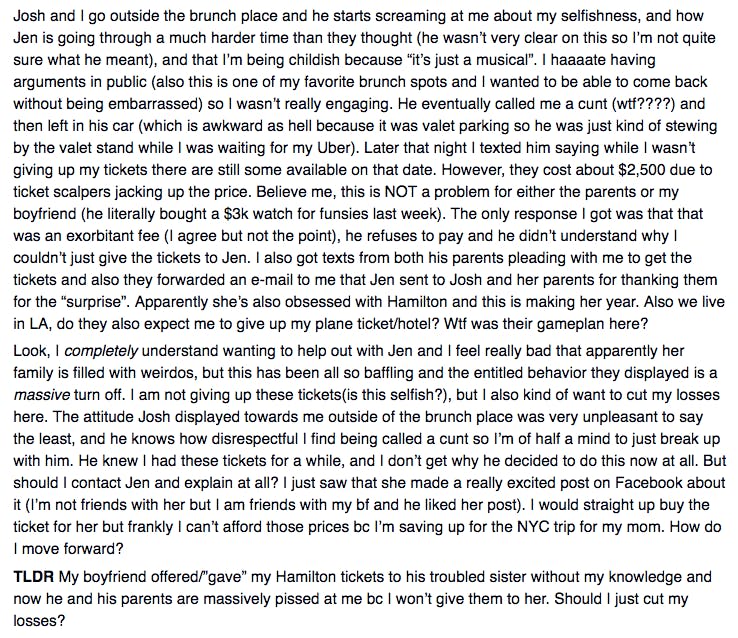 What a wild ride, right? Thankfully, it’s not like the boyfriend can literally steal the tickets and hand them off to his sister. But this is some grade-A fuckboi behavior, putting someone he’s dating and supposedly cares about into this conflict. And now she’s the one feeling guilty about the situation.

We totally get that she wanted help parsing her feelings, since that boyfriend and family of his sounds like they did a number on her verbally. Redditors have been super supportive, agreeing that this was a completely bizarre and narcissistic move on the boyfriend’s part. Good news is that according to replies on the post, she’s dumping this jerk’s ass.

Ideally she can put this all behind her and just enjoy seeing Hamilton with her mom.