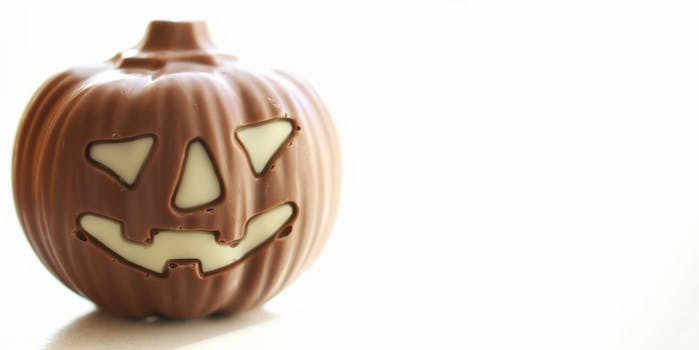 Halloween has a rape culture problem

A costume is not consent. Period.

That evening, I stepped out dressed as talk show host Wendy Williams, clad in a form-fitting disco ball dress that cut at my thighs, a wavy brunette wig, and heavy makeup—along with cue cards and a mic. More than a few admired from a distance, paying me compliments and requesting photos. But my night was all but ruined by nearly a dozen men who had no qualms groping my buttocks or my crotch. One pair of guys even had the audacity to take creep shots up my skirt and then tap me on the shoulder, sharing both the photos and what they wanted to “do to me.” I nearly cried.

Even so, that experience doesn’t even begin to compare to what many women deal with every day of the year—but especially on Halloween, a holiday that’s long dealt with rampant sexual harassment and catcalling. If the culture of costuming leads to unfortunate incidents, partygoers and trick-or-treaters can learn a lot from cosplayers, who are leading the way when it comes to promoting consent in community spaces. The rules for Comic Con should apply for Halloween.

As MTV News writer Rae Paoletta highlights, a costume is not consent. But on Halloween, as she notes, women are often “told they were ‘asking’ to be assaulted because of what they were wearing, so it’s important to remember that … no matter how much skin they show or how ‘sexy’ they look, it’s not an invitation or an excuse to invade their boundaries.”

Noting information from the Marshall University Women’s Center, Paoletta adds that these instances of harassment on Halloween are indeed reflective of rape culture, which is “perpetuated through the use of misogynistic language, the objectification of women’s bodies and the glamorization of sexual violence, thereby creating a society that disregards women’s rights and safety.”

Unfortunately, rape culture is a daily phenomenon, yet it often reaches a fever pitch on Halloween.

There are some extreme examples. Bustle’s Kylie Cheung highlights a particularly terrifying incident in 2009. Cheung writes, “Three teenage girls were abducted by Aaron Thomas while trick or treating in Woodbridge, Virginia. Thomas proceeded to rape two of the girls before the third managed to contact her mother on her cell phone.” He was eventually found and arrested two years later.

The shades of predatory behavior on Halloween range from the severe case illustrated above to groping, aggressive advances, and catcalling—and none of them are acceptable. The Rape, Abuse, and Incest National Network (RAINN) even dedicates an entire online guide to Halloween safety. Among many points of guidance, RAINN says the holiday poses additional risks, given the distribution of candy and the heavy drinking that’s commonplace during celebrations.

This issue is rampant not just on Halloween but also within any space designated for “costume play,” better known as cosplay.

But even so, as RAINN emphasizes, these realities are also the case on any other day. Although every space should be a safe space, especially those centered around community enjoyment, it’s not uncommon for toxic masculinity to undermine otherwise pleasurable activities.

When it comes to confronting rape culture, the cosplay—or “costume play”—community is very familiar with this issue in their spaces. As the Daily Dot’s Aja Romano explains, “Geek conventions are notorious for creating uncomfortable and inappropriate environments for people who enjoy dressing in the image of their favorite characters.”

BuzzFeed recently reported that TV anchor Remi Perrot sent French geeks into a tizzy while covering Comic Con Paris—approaching a male cosplayer from behind, groping his buttocks, followed by a so-called compliment: “You’re a pretty one, you know.”

Although Perrot apologized for his actions, he alleged that the male cosplayer was complicit in the act, which the man quickly denied. Robert Negrin, a dog fashion designer from New York, told BuzzFeed: “He never asked to grab my ass. When he approached me and grabbed, I turned around in surprise.” He added that, in his experience as a cosplayer, “people always want to take photos with you and hug you and sometimes even touch you without permission, but that’s where, as cosplayers, we need to put a stop.”

Yaya Han, a full-time cosplayer, agrees. Han told NBC News that as geek conventions grow larger, it’s important to understand each other’s boundaries and promote anti-harassment policies that ensure those boundaries are upheld. “I think it’s all about mutual respect, and we just need to educate more people about it,” she said.

And within the past few years, female cosplayers have been vocal in their resistance against harassment at events like Anime Boston and New York Comic Con, leading to new regulations and guidelines on participant behavior. At New York Comic Con, for example, the anti-harassment policy clearly outlines a zero-tolerance policy on behaviors such as stalking, bathroom policing, and unwelcome physical attention.

“Remember: Cosplay is not consent. Keep your hands to yourself,” the policy states. “If you would like to take a picture with or of another NYCC Fan, always ask first and respect that person’s right to say no. When at NYCC, be respectful, be nice, be cool, and be kind to each other.”

Where the cosplay community is leading the way, other costume lovers and Halloween revelers can learn from their work to create enjoyable, safe costume events outside of those spaces. It’s ultimately about sustaining an environment where everyone feels welcome and accepted, even if it means drawing up and enforcing common-sense guidelines on what’s acceptable and what’s not at Halloween parties. Although most house and college gatherings won’t have an app to report abuse or harassment, it can make all the difference to encourage the formation of buddy systems—or even designate point people who can address a situation as it happens.

The cosplay community should remind all of us of a simple Golden Rule: Just because you like what someone’s wearing does not mean it’s an invitation for sexual assault, unwanted touching, or verbal harassment—whether that’s at Comic Con, your friend’s party, or walking down the street. It might seem like Halloween creates “blurred lines” around consent, but there’s nothing blurry about respect.

Image via Pippoloide/Flickr (CC BY 2.0)