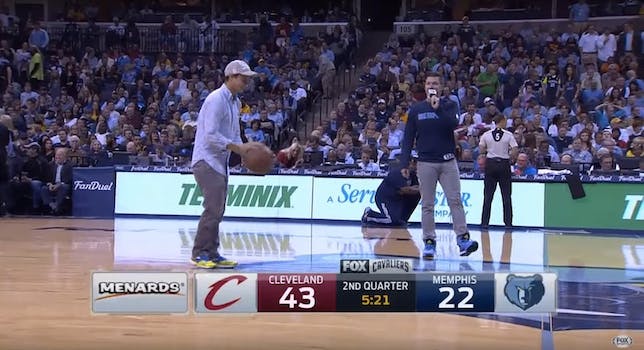 Legends walk among us.

A Memphis Grizzlies fan at Wednesday’s game against the Cleveland Cavaliers might have been distraught about his team’s loss, but at least he has a lifelong supply of tater tots to comfort him after this half-court shot.

The fan came down to the court during a break in the game’s first half as part of a promotional contest, and while people might have been at the game to watch the Grizzlies and Cavaliers duke it out, they were elated to see this dude sink a basket and win everlasting potato bliss.

But it wasn’t all happy endings. Apparently the guy was escorted out after trying to get some celebratory high-fives from basketball players.

Fan hit halfcourt shot during TO, got so excited he tried breaking into Grizzlies huddle looking for high 5s. Security sent him on his way

Is this an even bigger deal than winning free college tuition from nailing a shot like this? You tell us.