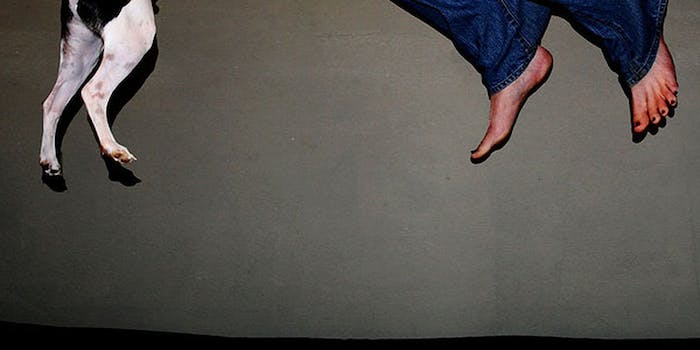 You're out of your element, dude.

NFL star J.J. Watt made headlines today with a box jump during an off-season workout. The Houston Texans defensive end, in a bit of viral advertising for Reebok’s ZPump Fusion shoe, set a personal record by leaping 61 vertical inches—as a YouTube video attests:

In the words of Shania Twain, “That don’t impress me much”—even though Watt managed not to crush his spotter this time. That’s because two months ago, Aly Raisman, the 2012 Olympic gold medalist in gymnastics, posted the video below to her Instagram account.

To be fair, she’s jumping up onto a shorter box from a floor that has a little spring. But the gymnast, who stands 5’2” (as compared to Watt’s listed height of 6’5”) repeated this feat five times, putting a back tuck in between each box jump. She didn’t even appear to be winded or tired by the end of it. And Raisman didn’t celebrate like she had just scored a touchdown in the Super Bowl, because she probably does this nearly every day.

Welcome to @reebok @justinjames99 :) P.S. I still box jump better than you.

There’s only one way to settle this—a box jump showdown between Raisman and Watt. It’ll be an epic battle between one of the world’s smallest athletes and one of the largest. Come on, Reebok. Make it happen.