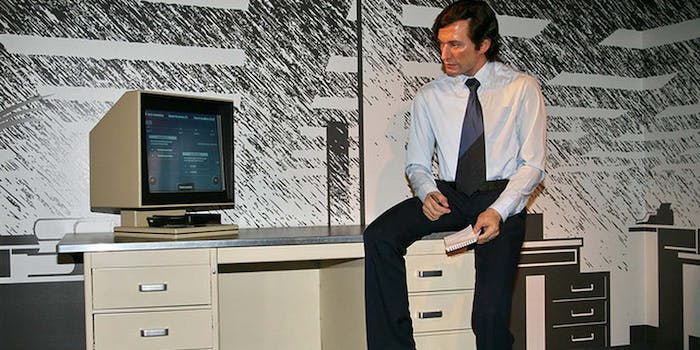 That rapscallion and ne’er-do-well of the hacking world with a fixation on (or exploit for) AOL has struck again. This time his victim is Carl Bernstein, the journalist famous for breaking the Watergate story, the break-in of Democratic National Headquarters by men working for then-President Nixon.

Guccifer, as the mysterious hacker is known, cracked Bernstein’s Verizon email account, according to the Smoking Gun (TSG), one of the publications the hacker blesses with announcements after every shenanigan.

“The screen grabs only show correspondence from 2009 and 2010,” wrote TSG, “so it is unclear whether Bernstein, 69, still uses the Verizon account.”

“He is around these days. he is jew. But he fights the illuminati!” Guccifer wrote this time.

One Anonymous source, however, is skeptical about Guccifer’s bona fides as an anti-Semite. This source believes Guccifer is a troll of truly epic proportions.

“With the best trolls,” he wrote the Daily Dot, “you’re don’t realize you’re being trolled.” And “by mentioning conspiracy theories is he not creating a larger more dedicated audience?”