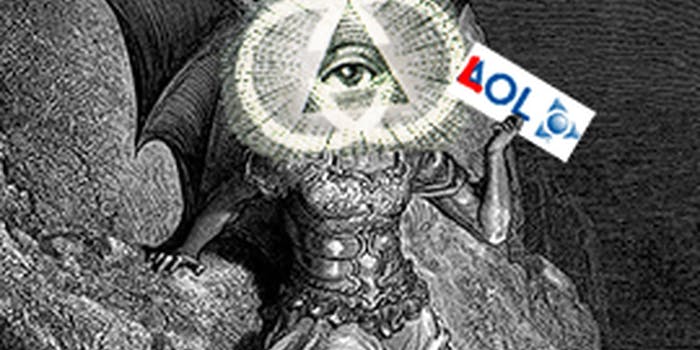 No politician’s email is safe from Guccifer—but who is he?

Over the weekend, a hacker who goes by “Guccifer” released four confidential memos to former Secretary of State (and possible returning Democratic presidential candidate) Hillary Clinton from her confidante Sidney Blumenthal.

The memos, according to The Smoking Gun, were stolen from Blumenthal’s AOL account last week and this weekend were sent to “hundreds of recipients,” including politicians, current and former, and journalists.

According to Gawker, the emails, all of which dealt with incidents surrounding the assault on the American consulate in Benghazi, Libya last year which resulted in the death of Ambassador Chris Stevens, were rendered in the Comic Sans font on a pink background “to apparently maximize the humiliation.”

Along with the lack of attachments and the Comic Sans formatting, the emails were leaked to the media from a hijacked AOL account belonging to the wife of a “Hollywood actor.” All of these measures were apparently taken to obscure their path and maintain Guccifer’s anonymity.

Guccifer has used the same methods in the past. He has previously hacked accounts belonging to former Secretary of State and Head of the Joint Chiefs, Colin Powell (including another AOL account, which suggests Guccifer might have an exploit that targets AOL email specifically).

The hacker’s other trophies include a number of accounts belonging to the family of the former President George W. Bush (remember the paintings?), Republican Senator Lisa Murkowski of Alaska, “a senior United Nations official, security contractors in Iraq, two former FBI agents, and a Department of Defense supervisor,” according to The Smoking Gun.

None of the emails appear to have been reposted by any of the recipients until RT News released excerpts. RT is known to be very friendly to the Putin regime in Russia, and also has a partnership with WikiLeaks founder Julian Assange.

TSG notes that about two dozen reporters in the Russian media, including Pravda, The Moscow Times, St. Petersburg Times and RT News, received the memos in a separate email.

The Benghazi assault was used by many in the Republican camp to accuse the Obama administration of incompetence, and Guccifer seems to have his own theory about what really happened

“In e-mail screeds,” wrote TSG, “‘Guccifer’ seems to subscribe to dark conspiracies involving the Federal Reserve, the Council on Foreign Relations, and attendees of Bohemian Grove retreats. ‘the evil is leading this fucked up world!!!!!! i tell you this the world of tomorrow will be a world free of illuminati or will be no more,’”

However, as Gawker’s Adrian Chen notes, “the Illuminati stuff could easily be a troll” the hacker is using to throw people off his trail.