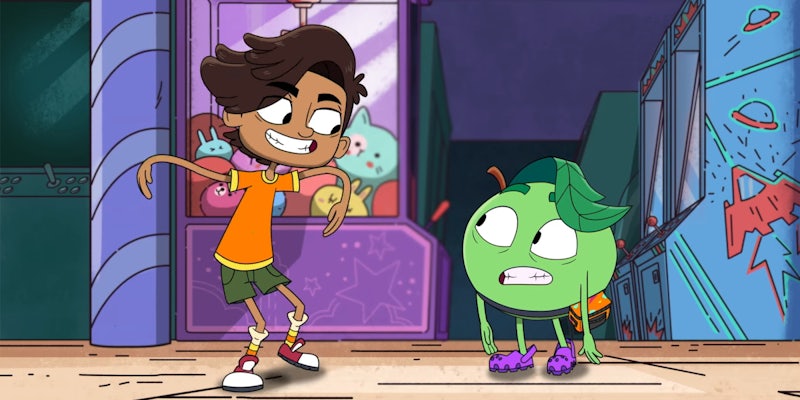 Roi Fabito, aka Guava Juice, shares why he chose his latest projects, including an animated web series and NFT collection

‘It reminded me of when I first started making YouTube videos back in 2006.’

This week, we spoke with Roi Fabito, aka Guava Juice, via email. Fabito is known for his YouTube channel, which boasts over 16.8 million subscribers and showcases comedy skits, challenge videos, “bathtub experiments,” and more.

Prior to being known as Guava Juice, Fabito was popular in the early 2000s for being a part of a YouTube comedy duo known as Wassabi Productions. Wassabi Productions attracted millions of followers and billions of views for comedic parodies, skits, and memorable characters. In 2016, Fabito decided to part from the duo to pursue a solo career, leading to the birth of Guava Juice.

Fabito’s strong multi-platform social presence has also allowed him to expand into other types of media. Not only has he produced an album and gaming app, but, earlier in the year, Fabito also launched an animated series on YouTube Originals called The Guava Juice Show. The show features a young character named Roi going on various adventures in a “magical bathtub” with his friends. Fabito also recently ventured into NFTs, announcing in May a collection of over 10,000 NFTs with guava-like, hand-drawn profile pictures to be traded on creator commerce platform Spring.

In an interview with Passionfruit, Fabito described the evolution of his content, the lessons he learned early in his YouTube career, the precautions he takes as a creator with a young audience, how he makes money from his content, why he decided to launch an animated show and NFT project, and how he chose the right launch partner.

How has your content evolved from its early days to now?

The entire process is like a machine now compared to 6 years ago. Back when I started Guava Juice in 2016, I would just film whatever, however, and whenever I wanted to. Nowadays, you have to strategically plan out the entire video between writing the script, drawing out thumbnails, and creating a title.

People’s retention is incredibly short due increasing exposure to short form content from Youtube Shorts, TikTok, and Instagram Reels. We have to strategically write the video to where we have to write sub-stories and mini-stories within the main story and premise of the video, in order to re-engage the audience retention all the way to the end of the video. Compared to back in the days, the process of creating videos now is much more planned out.

What lessons did you learn from your time with Wassabi Productions?

Much of your content appears to be geared towards young people and kids. Are there any special precautions you have to take to make sure you’re fostering a healthy online environment for young people?

We constantly have the mindset of our audience during the entire process of video creation. With that in mind, we always have to be careful of what we say or what we do in the videos that would ultimately lead to bad influences: no foul language, drinking, drugs, etc.

What advice would you have for a creator who wants to grow their audience online?

Understand your audience. Using the analytics, whether it’s YouTube, TikTok, etc. – understand what they like to watch. Find that and allow yourself to refine and tune it so that it continues to evolve as you create more content.

How do you make money online? What advice do you have for creators who want to turn their passions into businesses?

What led to the launch of The Guava Juice Show?

I’ve always wanted to launch a bathtub into space ever since I was 5. My new Youtube Originals animated series The Guava Juice Show not only allowed me to do that, but it helped me launch a bathtub into multiverses beyond what I could’ve done in real life. Also, I love cartoons and anime.

Why did you decide to venture into NFTs?

I love new technology. I was into crypto back in 2017, and purchased my first NFT in November 2021. It reminded me of when I first started making YouTube videos back in 2006, the uncertain but promising road that YouTube contained at that time is reminiscent of where we are today with web3. This same feeling is why I am so invested in this space. I started drawing up my Guava Juice NFT project in November 2021. What makes it stand out is that the art itself is directly associated with the Guava Juice brand, since the PFP [picture for proof] is all about these mythical guava fruits who are venturing into the metaverse.

NFTs are certainly controversial, with many people criticizing the blockchain for its speculative nature, environmental impact, and its reputation for scamming. What would you say to people who might be skeptical of your project?

By partnering with Spring, my recent NFT drop was completely carbon neutral thanks to Spring’s Mint-on-Demand product. Spring’s partnership with Bondly allows for the most sustainable minting processes. Once payment is received by Spring, my NFT is then minted into the carbon neutral Polygon blockchain. For any of my fans who may be dipping their toes in the world of web3 for the first time with the purchase of one of my NFTs, the digital assets have several use cases – including access to a series of exclusive videos and guides I created.

Why did you choose to partner with Spring for the NFT launch, and what tips would you give to another creator who might be interested in finding a partner for a similar Web3 project?

Finding the right team that believes in you and your passions and visions is probably just as hard or even harder than creating the NFT collection itself. Ultimately, I wanted this transition into the web3 space to be carrying on the brand forever. My partners at Spring and A3 are unbelievable, and I cannot express how excited I was by their commitment to the success of this project. They understood the assignment from day one, and are making my vision become reality. I honestly think we are going to disrupt the space knowing that I am one of the first creators on YouTube who is launching their own NFT project.

Accessibility was fundamental to this project, making Spring the obvious partner – having built a first of its kind hybrid solution Currency Bridge as a piece of the Mint-on-Demand™ product. Spring’s Currency Bridge allowed for my entire community to pay for one of the NFTs with any credit or debit card, as well as Eth and MATIC crypto currency, eliminating the prerequisite to own a crypto wallet or any crypto currency.

Spring powered everything from development, to minting to post purchase support, with zero upfront costs or minting fees to start selling, removing all financial risk which has previously existed with dropping a collection of this size on other NFT Marketplaces.

Looking back on your career as a creator, what advice would you give to your younger self?

Adopt a dog. They are the source of pure happiness.

Thank you, Roi, for speaking with us!

Are you a creator launching a new project? Reach out to [email protected] for a chance to be featured in an upcoming newsletter.