Centers for Disease Control and Prevention incinerated most of her stuff.

The Internet is raising money to support Nina Pham, the Dallas nurse who contracted Ebola while treating an infected patient. Started by one of Pham’s close friends, a GoFundMe page had received nearly $40,000 in donations in fewer than 48 hours.

In an effort to contain the deadly virus and prevent it from spreading further, nearly everything Pham owned was incinerated by contracted professionals working for the Centers for Disease Control and Prevention (CDC). “There are a myriad of expenses associated with a crisis like this—many of them not covered under any compensation plan,” wrote Sarah Strittmatter, who started the crowdfunding page on Tuesday.

A second GoFundMe page that claimed to support Pham and her family raised over $10,000 by Wednesday afternoon. However, the Daily Dot was unable to confirm its authenticity.

Pham, 26, is currently trying to recover at Texas Health Presbyterian Hospital in Dallas where she contracted Ebola while treating Thomas Eric Duncan, a Liberian national who died from the disease on Oct. 8. A devoted Catholic and avid social media user, Pham graduated with a nursing degree in 2010 from Texas Christian University.

“This is a very brave person who put herself at risk to do something good for society, and is now ill,” CDC Director Tom Frieden said on Monday.

A short statement from Pham was also released in which she said she was doing well. “I am blessed by the support of family and friends and am blessed to be cared for by the best team of doctors and nurses in the world,” she said.

At time of writing, more than 700 people had donated to help Pham and her family, including one person who donated $1,000 on Wednesday afternoon. An update on the page thanked supporters for helping the fundraiser reach its initial goal of $20,000 on the first day. 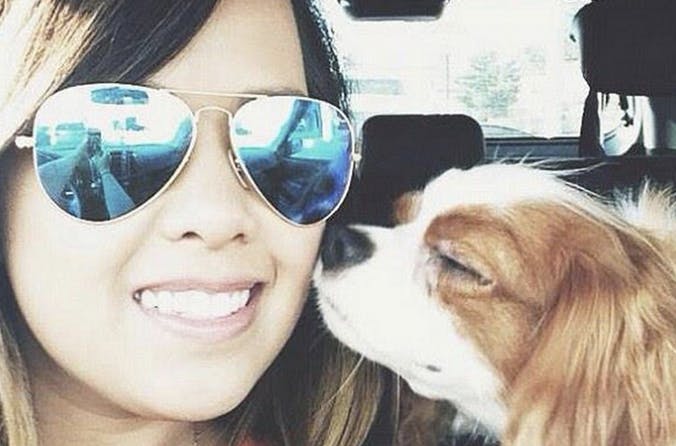 Many supporters on the page expressed concern for Pham’s dog, a spaniel named Bentley, because animals exposed to deadly diseases are often euthanized. Dallas Mayor Mike Rawlings issued a statement, however, indicating that Bentley had been quarantined and was being well taken care of. A video of Bentley was reportedly sent to Pham on Wednesday.

“To those who know her she is a light for others, always shining, never faltering,” Strittmatter wrote on the fundraising page. “She is genuine, selfless, and a true friend. Her life has been an inspiration to those around her.”