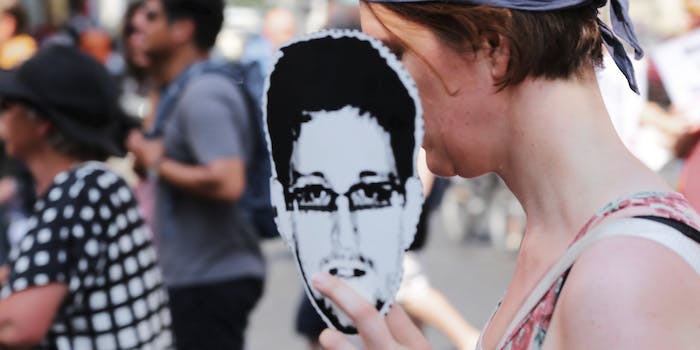 Life in Russia apparently isn't all borscht and vodka.

On Wednesday, Greenwald testified to Brazilian senators, pushing for them to open their doors to Snowden.

Both men are American by birth; Greenwald has since adopted Brazil. But Snowden’s case is a little more extreme: a privacy activist outraged by the scope of the NSA’s surveillance, he’s currently a fugitive from the U.S., charged under the Espionage Act. Legal red tape restricted him to Russia, which was one of only a handful of countries to offer him asylum and guarantee not to extradite him back home.

But despite a warm welcome from Russia’s foremost social media entrepreneur and sexiest spy, the country appears to be leaving him out in the cold. On Monday, a Russian news site published a photo it claimed was Snowden shopping for groceries, and quoted his lawyer as saying he was near penniless.

On Twitter, Greenwald has indicated that Snowden no longer has possession of the NSA documents he had with him when he left the U.S. It’s unclear exactly who has copies, save that Greenwald is one of the few.

In his testimony, conducted in Portuguese, Greenwald echoed that sentiment. He described Snowden’s experience in Russia as “difficult.” Brazilian government officials told Al Jazeera they would seek to speak with Snowden over online video chat.

Given what we know about their capabilities through Snowden’s leaks, the NSA will most likely be watching.