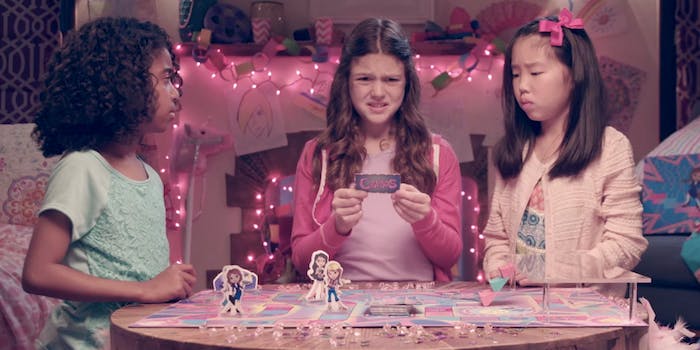 Watch young girls play Glass Ceiling, a realistic version of The Game of Life for women

This game feels all too real.

If you grew up playing board games like The Game of Life or Meet Me at the Mall, you may have noticed that some of the details about how finance and career paths work were painted in pretty broad strokes—especially if you’re a woman.

A hilarious new video from Comedy Central shows what the Game of Life might really look like if it encompassed all the garbage that women have to deal with in the workplace.

The game is called Glass Ceiling, and the optimistic young girls playing the game are thrilled to get to work—until they realize the cards they’re being dealt.

And there’s a boy’s version to boot: the perfectly named Privilege. We hear it’s fun, but it’s just for boys. What a bummer.