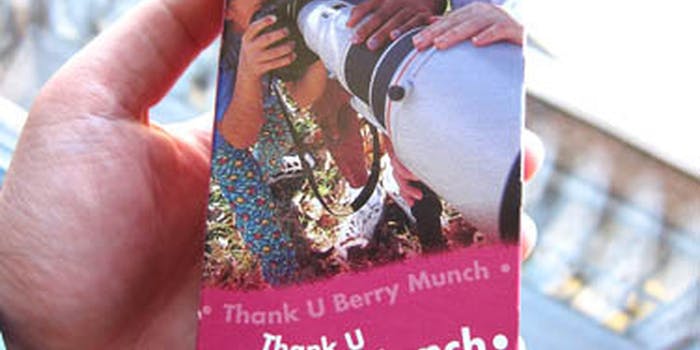 The YouTube community rallied around the Girl Scouts' inclusive policies.

Dozens of YouTubers have come out with their own pleas to purchase Girl Scout cookies—or simply to criticize Taylor’s video. A video response by Buck Angel, a transgender former scout, was even featured on the Huffington Post.

Besides the outrage on YouTube, Ellen Braveman has sponsored a petition on the site Care2 asking people to buy Girl Scout cookies this year “for equality.”

While the petition doesn’t name Taylor, the target is clear: “[U]nfortunately, bigoted people have responded to Girl Scouts of America’s statement with prejudice and suggestions of boycotting the cookies.”

To date, more than 8,600 people have signed the petition, many writing that though they don’t normally buy Girl Scout cookies, this year they “definitely will.” Others promised to buy extra boxes and give them as gifts.

I have been a Girl Scout as both a Scout and a Leader, and I have always been immensely proud of the Girl Scouts’ policy of non-discrimination. I am tired of tiny bigoted interest groups trying to force their narrow-minded ideas on people who do not share them.  I will buy EXTRA cookies this year!

—Melani Van Petten in a public comment on the petition.

Carolyn Landry, a Missouri resident, commented that she plans to buy cookies and donate them to a food bank. “I want to congratulate the Girl Scouts for their inclusionary attitude,” added Landry.

The lesson for those insensitive to the LBGT community? Don’t bite the hand that feeds.