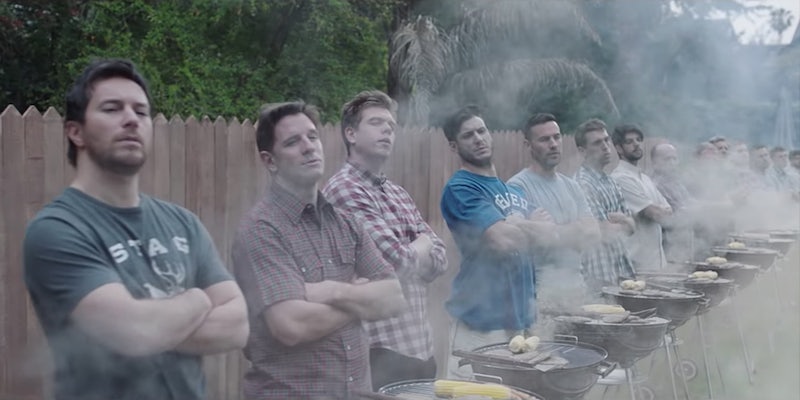 Not the best way to own the libs.

People on Twitter took delight Wednesday in roasting a man who put his razor in a toilet bowl to protest the viral Gillette advertisement that took a stand against toxic masculinity.

“It’s protest against a commercial containing every negative stereotype ever aimed at men as though we were all like that,” Twitter user @warroom wrote. “I thought liberals were against gender stereotyping but I guess they’re only against SOME stereotypes.”

I’ll go slow. It’s protest against a commercial containing every negative stereotype ever aimed at men as though we were all like that. I thought liberals were against gender stereotyping but I guess they’re only against SOME stereotypes. Get it? #GilleteAd

But people on Twitter were more concerned with whether the person would flush the razor down the toilet (and presumably break the toilet), or if he would have to put his hand in the toilet bowl to retrieve the razor.

Having to call a plumber to own the libs.

Even a sewage company got in on the trolling action.

After the concerned inquiries, @warroom reassured everyone that, no, he was not dumb enough to actually flush his razor down the toilet.

If you REALLY believe I’d be dumb enough to try to actually flush, you’re dumber than you think I am #GilletteAd

He wasn’t not the only one to protest the company by discarding its products.

I don’t always throw new unused items away! But when I do they are Gillette! pic.twitter.com/Rqk0xQCP9m

“I don’t always throw new unused items away! But when I do they are Gillette!” user @its_tim3672 wrote.

This was the #Gillette razor I was sent on my 18th birthday. It's been with me through basic training, four deployments, and seven moves. I've used it almost everyday for the past 15 years. But since @Gillette thinks I'm a bad person, I'm throwing it away. #BoycottGillette pic.twitter.com/yVwFx4z9QH

The Gillette advertisement garnered mixed reactions from the public when it was released on Monday, spurning a movement to #BoycottGillette who apparently didn’t agree with Gillette’s platform of “the best in men.”

Dear, Gillette.
I am so happy, that I switched to the Dollar Shave Club, because your ad video is a bunch of BS. #BoycottGillette pic.twitter.com/fTPE7T3W2Q

Real men boycott Gillette. I will never by a Gillette razor again.

Another day, another group of people throwing out products they already bought to protest companies they don’t agree with.

PLUMBER: So your pipes were clogged with Gillette razors, Nike socks, and Keurig K-cups. Does your son by any chance like to—

MOM: He likes to own the libs, yes.