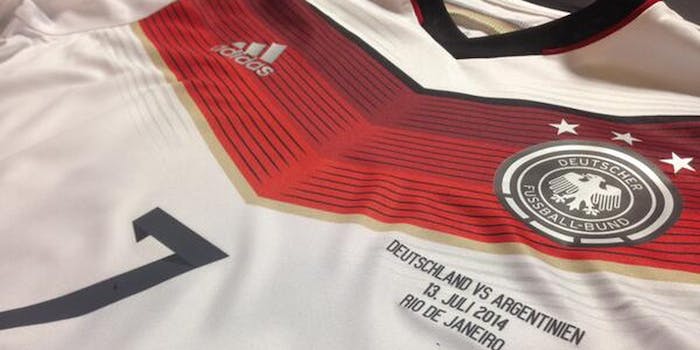 In an overtime finish, Germany proved the team was greater than the individual.

Germany is the first European nation to win the World Cup in the Americas.

It took a strike from super-sub Mario Goetze in the 113th minute to score the only point of the game. He booted home the game-winner with a one-touch off his chest on a picturesque cross from Andre Schuller.

Germany is now a four-time winner, one less than Brazil for most all time. This is its first title since 1990.

For the fourth time in the last seven World Cup finals, extra time was required to anoint a tournament winner. The first 90 minutes were a midfield war of attrition for possession—with both sides patient and waiting for the counter. Napoli striker Gonzalo Higuain was maybe the most involved offensive threat, a bull-in-a-china-shop attacker who scored an offside goal and charged the flank with inspired play.

Rodrigo Palacio’s rat tail was the breakout star of a mostly flat and uninspired final.

Lionel Messi was the game’s biggest trending topic on Twitter, inspiring over 22,000 tweets per minute at one point.