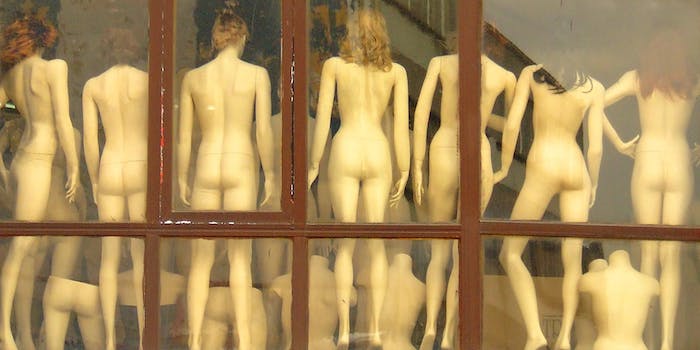 Should you legally have to give up nude photos of your ex? Germany's answer nailed it.

Last week, a German high court ruled that ex-partners may legally request that intimate photographs taken during a romantic relationship be destroyed following a breakup.

This ruling came on the heels of the European Union’s top court backing “The Right to be Forgotten,” by which individuals can request that Google delete “inadequate, irrelevant or no longer relevant” data from its search results. In an era where employers routinely Google applicants and individuals can pay to sanitize one’s online reputation, these rulings are more important than ever.

So why isn’t the U.S. showing the same support for online privacy laws as the Europeans?

A study released by McAfee found that one in 10 ex-partners have threatened to expose intimate photos online, and 60 percent who make this type of threat follow through with it.

I had no warning when it happened to me in 2010. I received a message on Facebook from a mentally disturbed ex-boyfriend, begging me to take him back. I discovered that he had created a Facebook profile in my name, where he posted nude photos of me, including one that had been taken without my consent while we were still dating.

Facebook quickly removed the photos at my request, but I was terrified that he might send these photos to my employer, or follow up with in-person intimidation. He knew where I lived, he knew where I worked, and it wouldn’t be difficult for him to make a living hell if he wanted to.

I spoke with a lawyer who told me there were no laws related to cyber harassment in my state and his “hands were tied,” unless I wanted to file an expensive civil lawsuit. I was told I could not file a police report due to lack of sufficient evidence—in my rush to have the photos removed, I’d forgotten to screencap them.

Furthermore, the police wouldn’t give me a restraining order unless I had proof that he had physically assaulted me, despite his criminal record for assault and battery of others. Essentially, the police were not going to help me unless he beat, raped, or murdered me first.

I felt helpless without any legal support. I had no idea if he would escalate the situation—and lived in fear of what he might do next. I had no one to talk to but my therapist, and the stress contributed to a breakup with my then-boyfriend.  I could barely sleep or eat, and I moved to another apartment so he wouldn’t know where to find me.

As time passed and no further harassment ensued, I was able to relax to some extent, but those months of not knowing were one of the hardest times in my life.

The sad thing is my harassment was relatively minor compared to the woman who had to change her name, and those who have coped with exposure of home addresses and phone numbers, even death threats. Of course, it didn’t matter that the situation didn’t escalate, because the psychological harm was done. He had made me afraid, and fear is a very powerful form of control. Six months after our abusive relationship had ended, he was still manipulating me against my will.

We live in a strange world where celebrities like Kim Kardashian can launch a successful career with a “leaked” sex tape, but women who share a private photo with a lover may be socially ostracized with little legal recourse.