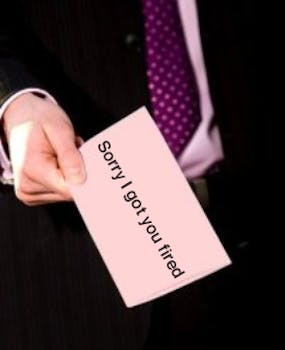 An offer to swap games on social news site Reddit turned into a quite harrowing ordeal for one man, ultimately resulting in blackmail and the loss of his job. But, at least he got an apology.

Yesterday we wrote about a man whose offer to swap games on social news site Reddit turned into a harrowing ordeal that ultimately resulted in his getting blackmailed and fired.

Now new information has come out about who did it—and that only emphasizes why users of any Web forum need to be very careful about what information they make public online.

The background: redditor nyan_all_the_links posted an offer to trade digital game keys on Reddit’s r/gameswap community. He got the keys, which confer digital ownership over titles, from his company. He was free to do whatever he wanted with the keys, as long as no one learned that they came from his workplace.

But, somehow, some people figured out who he was, and tried to blackmail him for the keys—which could have a retail value of as much as $8,000. He was fired.

As we were working on this story yesterday, one of the original perpetrators apparently called nyan_all_the_links on his phone. This person identified himself by repeating something he had said on Monday, the day nyan_all_the_links was harassed at work (something, naturally, only this person would know).

The perp felt horrible, he said. So he apologized, and told nyan_all_the_links what happened.

He said that he and some of his friends, who apparently knew each other from image board 4chan, monitor r/gameswap. They started really paying attention to that community after it was featured as a subreddit of the day—a redditor-selected spotlight for the best communities on the site.

These friends saw nyan_all_the_links’s post and took their conversation to a chatroom on voice chat program Ventrilo (a popular program among gamers, which they call “Vent”). There, somehow, they dug up nyan_all_the_links’s real identity and schemed out a plan to blackmail him.

All this information—from an anonymous source passed through a pseudonymous source—is vague at best. It’s certainly not an indictment of 4chan users, as in-vogue as that may be. That site, just like Reddit, is a massive collection of communities with millions of users. And it sounds like some of the perpetrators may be just as involved on Reddit as they are on 4chan.

Rather, it serves to emphasize the point that we’ll likely never know who exactly did this. Even in apologizing, the perpetrators are hiding their own identities. That proves nyan_all_the_links’s comment from yesterday to be all the more pertinent: The first rule of the Internet really is “be careful.”