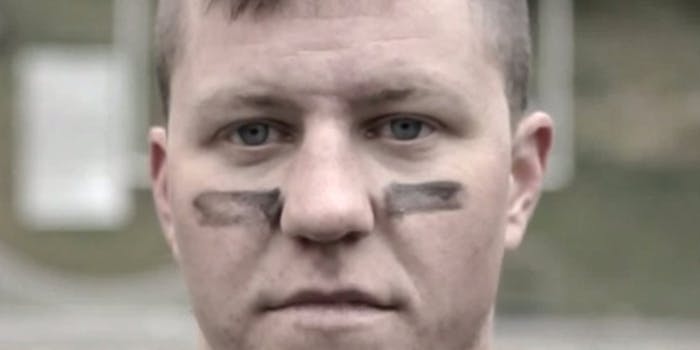 The Campaign for Southern Equality has taken to YouTube to promote its upcoming promotional tour, called We Do.

Legalizing gay marriage in U.S.’s conservative-minded states will likely move at a glacial pace, but a new video from Campaign for Southern Equality (CES) hopes to recast people’s beliefs.

On Tuesday, CSE organizers unveiled “Game On: Marriage Equality in the South” to promote the group’s upcoming tour, called We Do.

The two-minute video is set on a football field, no doubt signifying the uphill battle the initiative is going to face. It’s peppered with testimonies from gay parents testifying how they are no different from others in the South and, thus, should receive equal rights.

“We live in every town across the South. We play sports. We are clergy and teachers,” asserts a parent as a football team assembles in the video. “We are your neighbors, we are your friends.”

People in the video then take off their helmets and reveal their struggle for equality.

“In the South, we are second-class citizens,” a guy remarks. Another person emphasizes that people need to stand up for “what’s right,” no matter how difficult the battle might prove to be.

Organizers will start visiting Southern states in January. LGBT couples there will be “live requesting – and being denied – marriage licenses” in order raise public awareness on the issue. .

“These WE DO actions serve to make the impact of discriminatory laws visible to the general public; they illustrate what it looks like when LGBT people are treated as second-class citizens under the law,” the organization states on its website.

The challenge will prove to be a heady one, given that North Carolina banned gay marriage in May and gay marriage laws remains largely an unpopular opinion. Not to be deterred, three states did legalize gay marriage in last week’s election and could serve as a turning point in the battle.