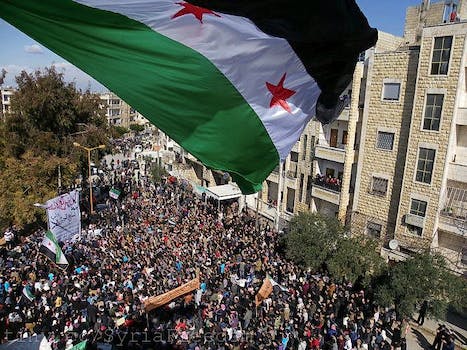 Supporters of the Free Syrian Army (FSA), the rebel group fighting against Syria’s ruling Assad regime, have uploaded a series of gun training videos and tutorials to YouTube and Facebook, according to Wired.

The videos have been posted by an account called FSAHelp, which aims to educate rebels about weapon use. The channel has over 80 high-definition videos in Arabic for Syrian rebels to learn self-defense, simple exercises to keep oneself in shape and how to clean and maintain weapons. The video below demonstrates how to clean, dismantle and put together the Belgian FAL rifle.

Although FSAHelp provides several detailed firearms tutorials, it doesn’t appear to offer any instructions for explosives, like the suicide bomb that killed three of Assad’s top military officials earlier today.

The tutorials have been viewed more than 463,000 times, and the Facebook page has over 7,500 likes, which has led many to take notice. Steve Johnson of the Firearm Blog believes that the FSA has supporters outside of Syria based on the video quality and the types of guns featured in the videos.

“There are only a few countries in the world where you would expect to see a Kel-Tec pistol, Sig 9mm, Glock Gen4, Workforce wrench and a S&W M&P AR-15 rifle in the same place,” Johnson wrote, “This was almost certainly filmed in the USA or Canada (my money is on the former).”

With many going to Twitter to report what others will not, this might be the next step in social media warfare.