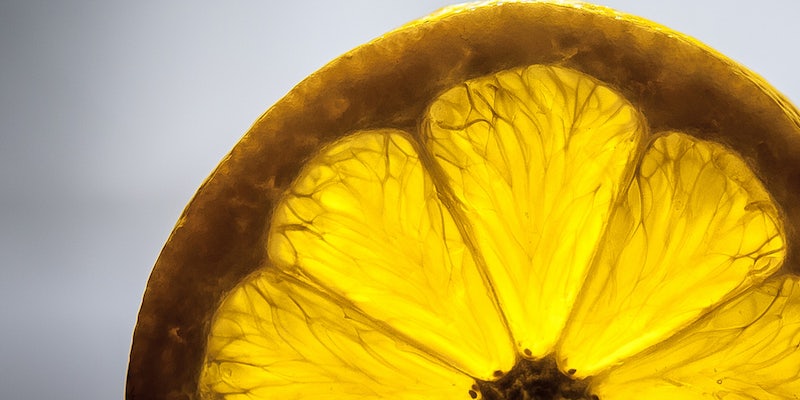 Don't leave this guy alone with your fruit.

If you’ve ever owned a smartphone or tablet, there’s a good chance you’ve played Fruit Ninja, a 2010 game that lets users play as a ninja out on a quest for blood—well, juice—against pretty much any kind of fruit. Even bananas. (The backstory is sparse, but it’s implied that a roving cornucopia killed his entire family.) The ninja you play as is so skilled that merely touching a piece of fruit on the screen would have him expertly slice it in half with a samurai sword.

Four years later, someone has brought that art to life. An unnamed man in a black t-shirt, armed with nothing more than a solid kitchen knife, goes absolute ham on a pile of lemons. Lemon after lemon is helpless before him, tossed in the air and rendered in twain by his blade. Midway through the video, a woman wanders in the back of the frame, and takes no notice; she likely witnessed the fruit ninja’s family’s murdered, and has since become completely desensitized to citrus violence.

In what now seems like a previous life, I once downloaded Fruit Ninja, and though it starts easy, I don’t think I ever slaughtered nearly as much fruit as this guy does in one minute. I can’t imagine what drove him to be capable of such violence; I can only hope he one day finds peace. I also hope he can figure out what to do with a giant pile of lemon halves.