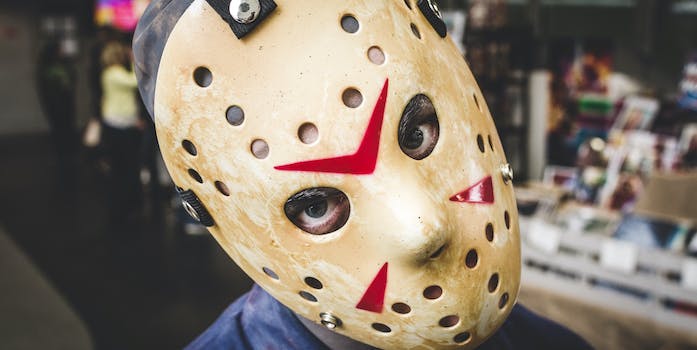 The best Friday the 13th memes on the internet

It's been a chaotic week.

Given everything that’s going on in the world right now, it seems a particularly appropriate time for a Friday the 13th to have cropped up in our calendars again. Twitter users took the opportunity to fill the timeline with memes and reaction GIFs.

Obviously, there were the classic Friday the 13th movie references.

Including this actually pretty clever advert for a pizza company.

And, of course, the coronavirus was also featured heavily in Friday the 13tth memes.

Twitter user @kartdel managed to combine the two in a clever press conference set up, featuring a miniature of Jason—the lead character of the Friday the 13th franchise—calling off his rampage due to the coronavirus.

A heartwarming story about Mr. Rogers also cropped up. Apparently, he named the King Friday puppet King Friday XII to try and teach children not to be scared of the day.

While the Hubble telescope spotted a cosmic horror story of its own up there in space: a supermassive black hole tearing apart a star.

Some people, however, are not put off by Friday the 13th. They celebrate how spooky it is, while others just wish everyone better luck than superstition would lead them to expect.

Using Friday 13th to shoot out positivity into the world right now is some real galaxy brain stuff.