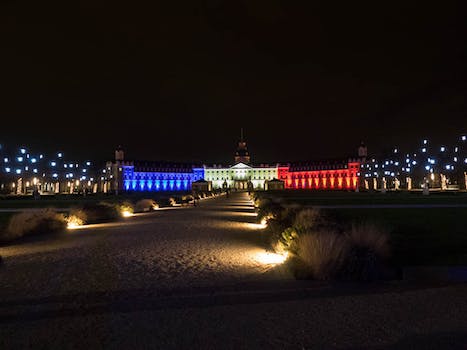 Image via Simone Buchholz/Flickr (CC BY 2.0)

Free speech in France is more complicated than you think

To understand French restrictions on free speech, you have to go back to World War II.

The arrest of French comedian Dieudonné M’bala M’bala and over 50 others in France has many nations, and media outlets, raising concerns about free speech in the venerable European nation. The comedian came under fire after posting on Facebook that he “[feels] like” one of the Charlie Hebdo gunmen. With freedom of expression built into the nation’s 1789 Declaration of the Rights of Man and of Citizens, it seems hypocritical to be arresting people for making public commentary, even commentary that may be distasteful, in the wake of the shooting. This is especially the case in light of the recent free speech march that took over the streets of Paris.

But in fact, the situation is more complex, because France has a complicated history when it comes to free speech, and it is also a rather unique one. This must be weighed in any assessment of what seems to outsiders like a merciless crackdown on democratic rights.

Many of the commentators on the situation come from outside France, and they make points rooted in their own cultural experiences and assumptions. Freedom of speech, of the press, and comment are viewed as nearly sacred in many Western nations, perhaps most particularly in the United States. Nations that highly value these freedoms may consider all forms of commentary to be acceptable under the law, even if they are socially dubious—thus, a newspaper in America can print racist commentary, even if it’s offensive. The thought of jailing or censuring people for speaking their minds is abhorrent in that context.

France, however, experienced something culturally singular that profoundly colors its laws on free speech: Vichy France.

France, however, experienced something culturally singular that profoundly colors its laws on free speech: Vichy France.

When the Nazis marched across Europe in the Second World War, they occupied part of France, but they also propped up what was effectively a puppet government, named after its capital. Nominally independent, Vichy France marched in goosestep with the Nazis. After the war, when Europe was struggling to recover from the devastation caused by harmful ideologies, both Germany and France passed a number of hate speech laws addressing their troubled pasts and intending to prevent a repeat of the horrors of the war.

This cultural experience, and these laws—whether you agree with them or not—must be considered in discussions about free speech in France, because it is not a straightforward issue. It may be time to radically reform the country’s hate speech laws, but the drive for reforms, and the tack they take, must be determined from within France itself, and by the French people. This is not an issue as simple as demanding blanket permissions, because hate speech has serious implications in France, and with free speech comes hate speech.

In France, the right to free speech is protected—but the right to hate speech is not. The nation has amended its Press Law of 1881, which promotes freedom of the press while still restricting certain kinds of content, on multiple occasions to address concerns about inappropriate content, including incitements to hate addressed at people on the basis of race, orientation, and ability. Holocaust denial is not permitted under the law. Neither is anti-Semitism. While Islamophobia is not specifically named, it is implied through terminology addressing incitements to hatred on the basis of religion. Notably, the ban on blasphemy has been dropped—depicting Muhammad is perfectly legal, in other words, but inciting anti-Muslim attitudes is not. The nation has some of the toughest hate speech laws in Europe, and while some cases brought on the basis of these laws have been dismissed, others have resulted in hefty fines for people convicted of defaming or threatening protected classes.

The legacy of Vichy France lingers in the French imagination, as do the Nazis in Germany. Both nations are still dealing with their complicated pasts, wanting to strike a balance between protecting free speech and acknowledging their histories. There’s also an argument for determining when a country has atoned for the wrongs of its forebears and when it needs to move forward—if, perhaps, there is a day when Germany can stop flagellating itself for the horrors of the Holocaust and instead acknowledge that horrible crimes were committed and ensure they are not forgotten. Or if France can relax its laws to promote freer speech while still protecting groups who face discrimination.

Such laws aren’t just about the ghosts of the past, though. They also address direct concerns about the present.

Such laws aren’t just about the ghosts of the past, though. They also address direct concerns about the present. The Nazis rose to power on the strength of their rhetoric in a time when many Europeans were looking for someone to blame for economic and social troubles. Allowing such rhetoric to flourish again is a problem, as neo-Nazi movements are already on the rise across Europe in response to social ills across the continent; in fact, neonazis won two seats in the European Parliament last year. France has banned such groups, but they continue to operate across the country.

The Charlie Hebdo attacks have already resulted in reprisals on Muslims and they’re spilling over into other acts of violence, creating a troubling back and forth of escalating attacks on mosques and synagogues. In that climate, it’s not surprising that the French government is moving swiftly to extinguish hate speech in order to avoid a potentially tragic and explosive situation, even if that feels like a violation of democratic values.

But perhaps France is moving too swiftly in this case, and the nation may be having trouble distinguishing between protected and hate speech. French authorities, citing a very broad counterterrorism bill, are claiming that this is the case with M’bala. Authorities argue the controversial comedian was endorsing terrorism, when in all likelihood, he was probably expressing something more layered and nuanced.

Authorities already had their eye on him. He’s become particularly controversial for his infamous inverted Nazi salute—the quenelle—which skirts the boundaries of French hate speech laws, and he was targeted for anti-Semitic content. But he thinks anti-Muslim speech isn’t addressed as often, or as rapidly. M’bala highlighted this double standard in his response to the charges, pointing out that “You consider me like Amedy Coulibaly when I am not any different from Charlie.”

At the same time that many critics do not understand how French free speech laws function, or their complex origins, and why their cultural context is important, there is an issue that can’t be denied. The application of these laws appears to be haphazard, and that is a cause for concern, as it suggests that the government is not abiding by its own legislation. The French Justice Ministry issued a reminder for authorities and judges to crack down on anti-Semitic and racist speech—but said nothing about Islamophobia, and that poses a problem.

Hate speech is forbidden, but does this mean all communications should be restricted?

As Jonathan Turley points out at the Washington Post, France may be overstepping its bounds. Hate speech is forbidden, but does this mean all communications should be restricted? He illustrates the issue with a number of suits that have nothing to do with hate speech—like a bad restaurant review—that have been treated as such under the law. These shifts in applications of the law suggest that France may need to reevaluate how the law is used. If it wants to retain its unusual and culturally unique legislation on hate speech, it needs to more accurately define such speech, and more evenly apply the law—which means that incitements to hatred involving all religious faiths should be covered, and that a bad restaurant review will have to remain just a bad restaurant review.

As for M’bala’s statement, it didn’t seem to glorify terrorism so much as it highlighted the treatment of Muslims in France. Torn between religious and political identities, the comedian said what many seem to be afraid to say out loud as he commented on how he feels: as though his speech is suppressed through unequal administration of French law and his very identity is under threat in a country with growing anti-Muslim attitudes.

Image via Simone Buchholz/Flickr (CC BY 2.0)