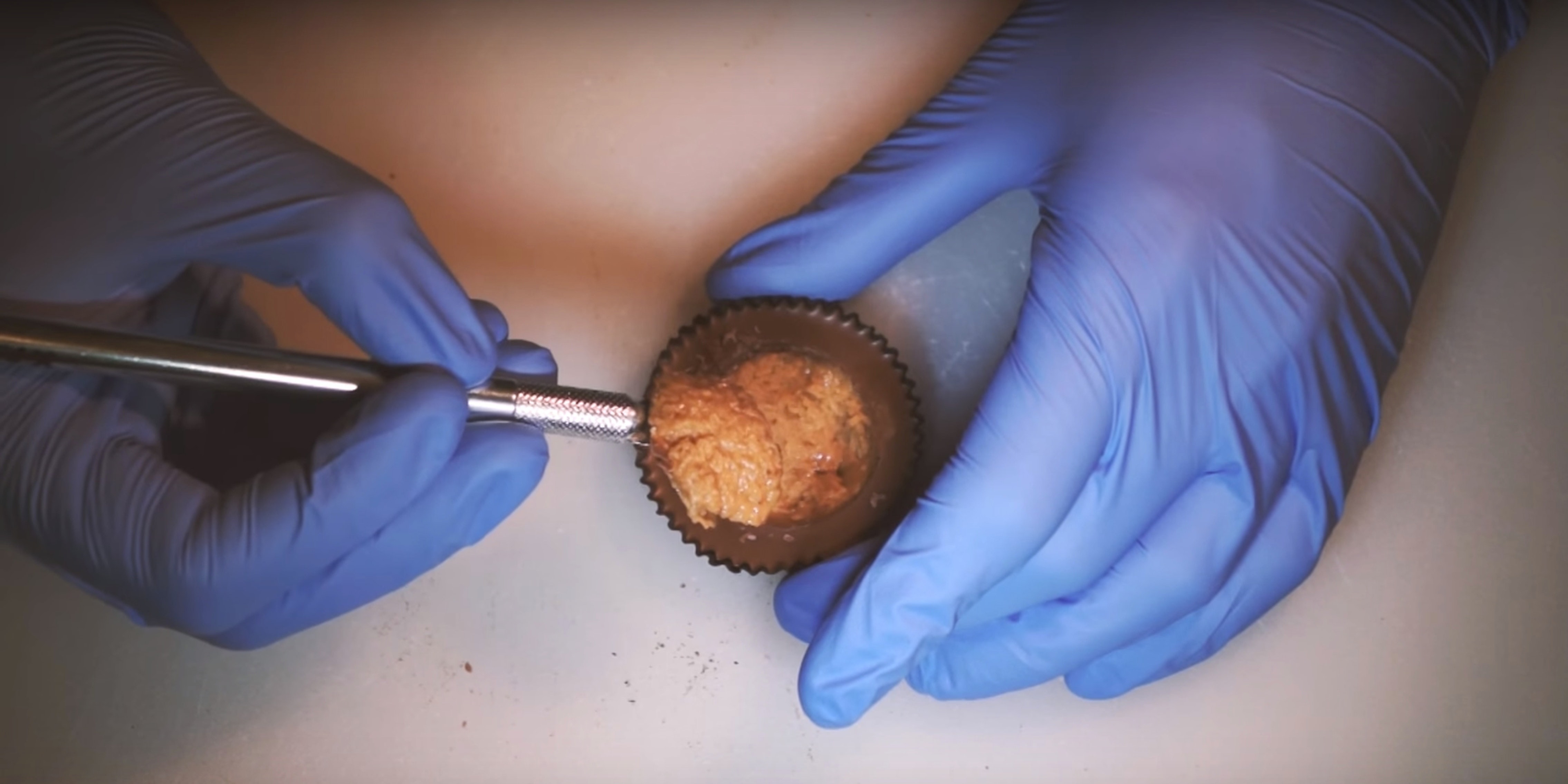 Nothing can go wrong here.

If the candy you desire doesn’t exist, you could just follow the Food Surgeon’s lead and make it yourself.

Although the person behind the new YouTube channel is a “culinary practitioner not qualified to perform surgery of any kind,” the Food Surgeon is prepared to perform surgery unlike anything we’ve ever seen: transforming a Reese’s Peanut Butter Cup into an Oreo cream-filled chocolate cup.

The tools are in place, the gloves are on, and complete concentration is needed as the extraction takes place. And while the Reese’s Cup is the main objective, you could easily get two new snacks out of it—which makes this surgery the ultimate win.

Screengrab via The Food Surgeon/YouTube