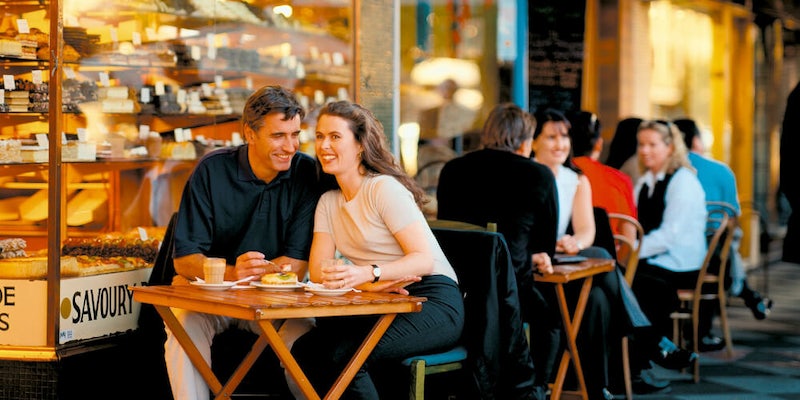 'Your latest review is accompanied by a picture of my husband dining with a woman who isn’t me!'

Update 4:18pm CT, Dec. 17: The Washington Post reports the alleged cheatee made the story up as a joke. She emailed the Post and explained she may have submitted the comment after consuming alcohol and didn’t expect it to go viral. In order to verify her identity through her IP address, the Post asked her write another comment. It was a match.

A food critic for the Washington Post may have accidentally drawn attention to something in a restaurant other than the food with his recent review.

Tom Sietsema was holding a live Q&A earlier this week when a woman popped in to let him know how much one of his reviews meant to her.

“Well Tom your latest review is accompanied by a picture of my husband dining with a woman who isn’t me!” she wrote.

The anonymous wife said that after she brought the photo and mystery woman to her husband’s attention, he admitted he had been having an affair for a while.

“Just thought you’d be amused to hear of your part in the drama,” she said. “This Thanksgiving I’m grateful to you for exposing a cheat!”

This popped up on my live online food chat earlier today. Who knows if it’s true? But Post readers are poring over my recent stories, say the powers that be.

Rather than being amused, Sietsema immediately responded that he hoped her “question” was a “crank post,” and added that he wasn’t sure which restaurant she may be referring to.

The critic shared the post on Instagram, where he admitted he wasn’t sure if it was real or just someone messing around, but he knew that readers would be on the case.

So far, nobody has come up with any concrete suggestions as to which photo potentially outed the alleged cheater, but the incident has certainly stirred up interest.

“Does this mean the cheating husband is finally having his just desserts? Sorry, I couldn’t resist,” Twitter user @PostAndShout quipped.

Happened to someone I knew in Philadelphia, years ago. The Inquirer would print a picture on the first warm day of spring, showing a scene of springtime. One time it was two lovers under a tree, holding hands. Only they were married to other people. Front page.

This is how I imagine @tomsietsema reacting to that woman's Thank You note for his chat today. Whoa! pic.twitter.com/S6obhf9g5m

Whether internet sleuths will ever uncover the truth remains to be seen, but we’ll be eagerly awaiting any potential updates from Sietsema. And, hopefully, if the anonymous, alleged cheatee ever comes forward with the full story, it ends with her getting some seriously excellent comped meals from the restaurant in question.