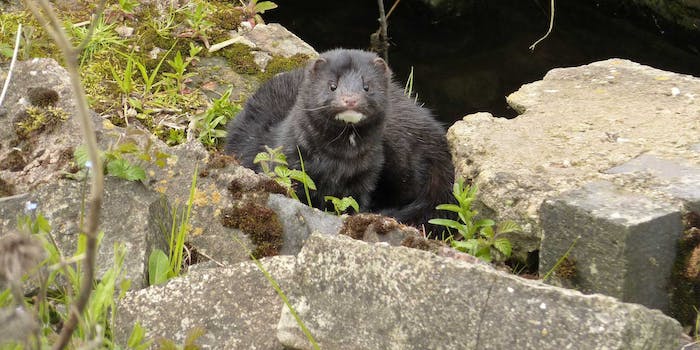 He didn't catch many fish, but he did have a run-in with a cute animal.

A man returning from a lackluster fishing trip felt a little bit better after an encounter with an adorable, curious, excited, and clearly hungry European mink.

The mink gave the man a show fit for a nature documentary, stopping every so often at his feet, running into a nearby bush, racing up a trail and back again, and jumping up at the manas if to say, “Fish please!”

Eventually, as if to thank the mink for the lighthearted diversion, the man tossed it the fish—and it scurried off without so much as a second glance at its audience benefactor.