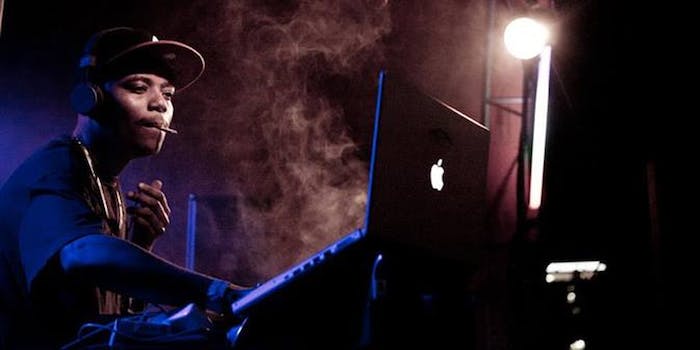 A pair of writers for the South African version of lad mag For Him Magazine (FHM) were suspended after making rape jokes on Facebook.

“I propose correctional rape and sterilisation for any white person who twerks,” wrote features editor Max Barashenkov on his timeline. Editorial assistant Montle Moorosi commented on the post, writing, ““I think rape can be quite fun if executed in a romantic manner. Like saying ‘I love you’ before you slip a roofie in her earl grey tea.”

The pair were criticized by others, but that didn’t stop them from trying to justify the remarks. “I, myself was a victim of correctional rape, so I can make jokes about it,” Barashenkov added.

As the Independent Online notes, the comments came a fortnight after a woman was found murdered in the township of Thokoza. Duduzile Zozo, a lesbian, was also believed to have been a victim of corrective rape, in which people are raped due to their apparent gender or sexual orientation.

The magazine’s editor, Brendan Cooper, immediately suspended the two writers. “I don’t understand how anyone could say something like that,” he said. “It is unacceptable.”

“Although the ill comments were made on the writers’ private social media accounts, it bridges their social media contract that they signed with Media 24,” he told Sowetan Live. “The contract states anything damaging, defamatory or racist is an offence. They’re actually nice boys. But having these comments linked to my brand (has) me absolutely furious.”

Cooper said the criticism that FHM received over the incident was just due to the pair’s association with the magazine, despite them making the comments on a private Facebook account. He added disciplinary procedures are under way.

It’s not the first time Moorosi has made remarks about rape on Facebook. A few months ago, he created a Facebook group called “ARREST AND RAPE JAMES CONDE RUTHERFORD!” in which he made posts such as the following:

Meanwhile, some have pointed out Barashenkov and Moorosi’s comments might constitute hate speech, which is illegal in South Africa.