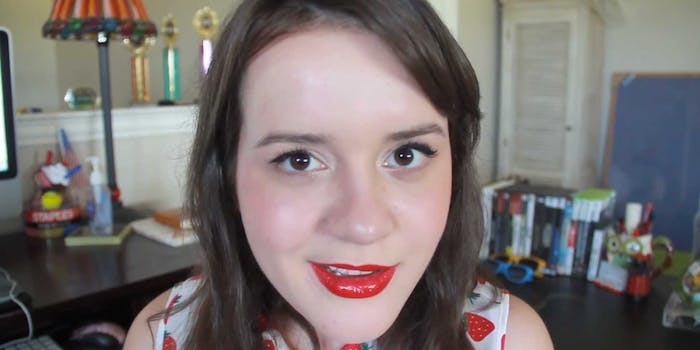 Get the look you need to shatter glass ceilings

This parody video adds some serious snark to go along with all of that mascara.

At first glance, Taylor’s latest video looks like your average makeup tutorial. Starting off with the finished look, she backtracks to show you step-by-step how to accomplish her look.

Except after every step, she follows up with a snarky comment about male patriarchy.

“Make sure you give every part of your face a fair and equal amount of representation—unlike the government and primetime network television,” she says while applying foundation.

The video is meant to mock the common outlook many have towards feminism. And if you actually follow the makeup tutorial, you’ll have a new beautiful look to rock in all of your feminine glory.

Her original Tumblr post of the video is quickly spreading around the site, and while most people have been supportive, some people aren’t getting the joke.

“[I]t is not meant to offend anyone or make a mockery of the feminist movement no that’s the last thing i’d want to do,” she explained. “[P]lease sit down and drink a glass of water and remember that parodies are parodies.”

And remember, when you’re applying eye shadow, thinner is better—just like the glass ceiling.