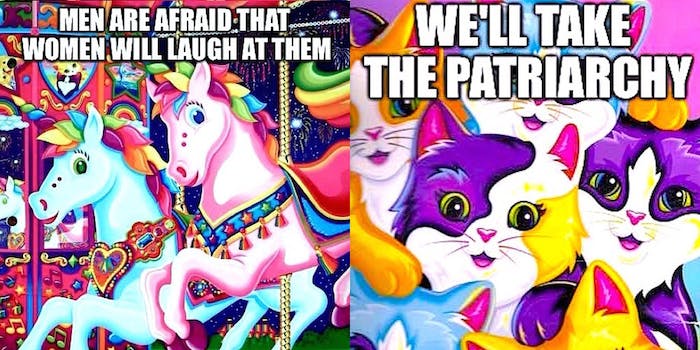 Only '90s kids remember, but all kids need this.

Remember the Lisa Frank school supplies that you’d beg your parents for so that you could be the coolest kid at school? Everything from sparkly stickers of unicorns to folders with neon kitties prancing on them. Well, now the classroom staple has been given a feminist makeover.

Quoting feminists including Anita Sarkeesian, Chimamanda Ngozi Adichie, and others, the Tumblr layers empowering, patriarchy-busting words on top of Lisa Frank images. Check out some of the art: 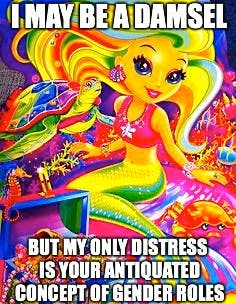 Look how adorable these kittens are while plotting to take down the power structures that leave women marginalized in today’s society! 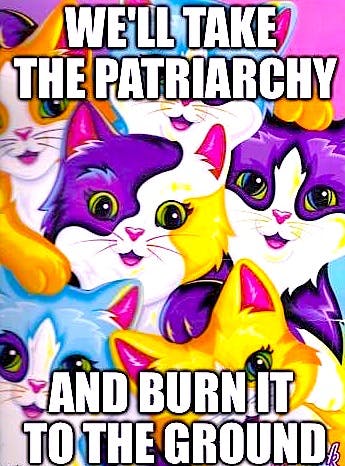 And these dazzling unicorns are telling it like it is while looking cute as hell: 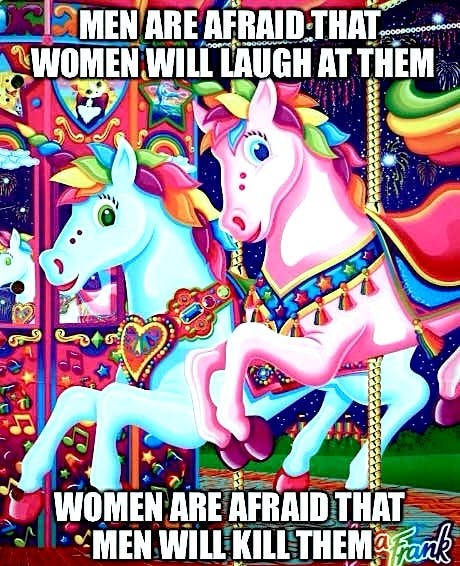 But perhaps the most interesting thing about this Tumblr is its subversion of Frank’s not-so-feminist credentials. Jezebel’s “Inside the Rainbow Gulag: The Technicolor Rise and Fall of Lisa Frank” revealed the super messy drama of the artist’s marriage, which eventually leaked into the business. Her backstory stands in stark contrast to this Tumblr’s message.

Anyway, check out more appropriated neon magic over on the site—before somebody gets sued.