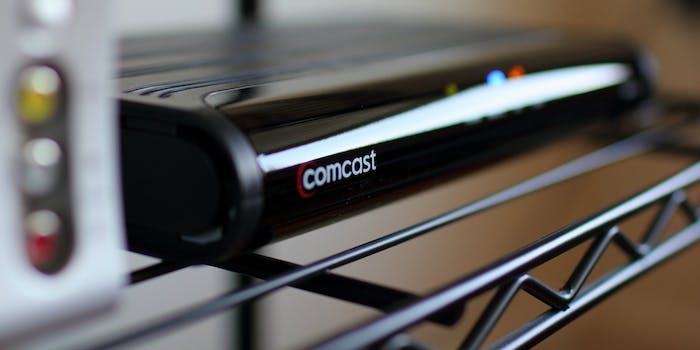 Here's why the FCC's plan is a waste of time.

Once again, the Federal Communications Commission has entered into unnecessary and wasteful rulemaking. This time, in addition to mandating the use of outdated technology, the agency would also countenance the theft of intellectual property.

On Feb. 18, the FCC voted to move ahead with its plan to regulate set-top boxes for multi-channel programming distributors (MVPDs). A similar AllVid effort was considered but rejected in 2010. A final vote is expected in the next few months.

The purported purpose of the new regulations is to reduce costs to consumers. But the 66-page proposal would also require the establishment of technical standards for set-top boxes that would enable third parties to obtain access and duplicate copyrighted programming. Not only does that amount to regulatory piracy of intellectual property—the box itself is on its way out the door. A future-looking agency would be working with industry to eliminate the boxes, not forcing consumers to keep them.

A future-looking agency would be working with industry to eliminate the boxes, not forcing consumers to keep them.

Instead, the FCC is kowtowing to companies that want free access to content without having to negotiate with content creators, which means allowing access to someone else’s IP without any compensation. These companies would repackage the programming into their own format in order to stream their own advertising to consumers. The FCC’s plan would allow these third parties to monetize the individual viewing habits of the subscribers, which they cannot do now. This is one of the more outrageous examples in recent years of a company trying to get what it wants through regulation since it cannot obtain its objectives in the marketplace.

But this all presumes that there is even a problem that the FCC needs to solve. The industry is already developing apps that can be downloaded to SmartTVs, BlueRay players, tablets, computers, and even to smartphone devices. Once these apps are fully deployed, consumers will no longer need to rent a set-top box in order to watch the programming they want. In addition, cloud computing services managed by MVPDs will enable consumers to save TV and movies they want to record and watch at a later time, much like the digital video recording (DVR) device many consumers rent today. Interestingly, even the FCC admits on page 8 of the proposed rulemaking that video providers are already moving away from set-top boxes, and providing applications that are downloadable to a variety of devices.

In addition to opening the door to IP theft, by requiring MVPDs to relinquish the viewing habits of consumers to third parties, subscribers could be subjected to the invasion of their privacy through unrequested targeted advertising. Unlike the subscriber’s MVPD, which has a contractual relationship with viewers, these third parties do not have any responsibility to the consumer to protect their personal information. A Wild West of providers would make it more difficult for MVPDs to provide software security updates, because the MVPD may not know which third party device the consumer is using, how the manufacturer reconfigured the programming guide, or whether the device is completely compatible with the MVPD’s software.

The FCC’s plan would allow these third parties to monetize the individual viewing habits of the subscribers, which they cannot do now.

Government mandates on technology are typically out of date even before they are enforced. This new AllVid plan was not only obsolete before it was written, it would have a destructive impact on IP and consumer privacy.  There is no need to completely restructure a well-functioning marketplace and place additional burdens on an industry that is already moving away from the need for set-top boxes.

Thomas Schatz is the president of Citizens Against Government Waste.