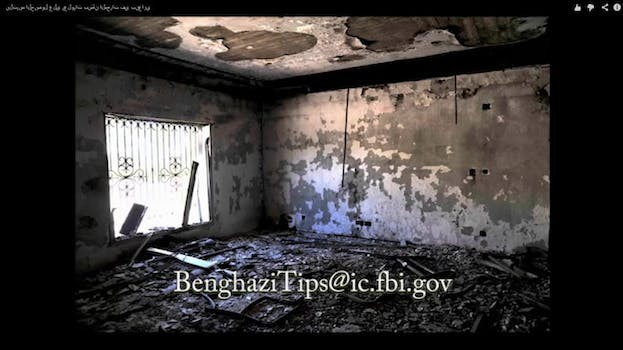 The FBI still hasn’t caught the men behind the Sep. 11, 2012 attack on the consulate in Benghazi, Libya, that killed four U.S. diplomats, including Libyan ambassador Christopher Stephens. Now the agency is enlisting the help of the Arab street—via the Interent. A new Arabic-language YouTube video, posted to the agency’s official account, shows three men who “may be able to provide information related to the attacks.”

Surely the FBI is only doing this because they know Reddit has yet to really catch on in the Middle East.

Here’s a translation of the narration:

The United States Federal Bureau of Investigation is seeking information about three individuals who were on the grounds of the U.S. Special Mission in Benghazi, Libya on September 11, 2012, when U.S. personnel and facilities were attacked.

These individuals may be able to provide information related to the attacks, which resulted in the deaths of four Americans, including the U.S. Ambassador to Libya.

We appreciate that the Libyan people and the government of Libya have condemned the attacks.

We need your help to solve this crime. If you have any information, text or e-mail [email protected] or submit information confidentially at forms.fbi.gov/benghazi.