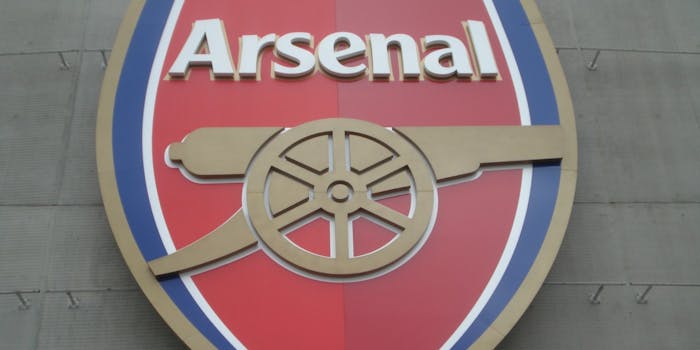 It's actually a rather pretty name.

To all the crafty dads who want to name their children after their favorite sports teams but who also need to do it in a way to hide it from their significant others until it’s too late, let us introduce you to the husband of Australian woman Clare Smith.

We chose our daughter’s name, Lanesra, because it was unique and romantic. It wasn’t till she was two that my husband told me it was actually his favourite soccer team, Arsenal, spelled backwards! Clare Smith, Blacktown, NSW

Apparently Mr. Smith thought the secret was too good not to share with his wife, no matter what her reaction. It’s not like after two years she is going to start calling her daughter Kaitlyn or something and then have to reintroduce all of her family and friends and acquaintances to the same person with a different name. Plus, the name Lanesra is rather beautiful on its own.

@docouwerkerk24 @VeeVee1710 Nope! Arsenal is the most beautiful no matter which way you look at it 😉😉

Perhaps if the husband had changed his soccer allegiance, finding a traditional name would have been easier.

@Coral should have given her a normal girl's name like Chelsea 😊

Was the mother upset at the deception or did she find it funny? That part is unclear, but hopefully she appreciates how lucky she is that her husband’s favorite team is not Leiceister (Retseciel) or Sunderland (Dnalrednus).