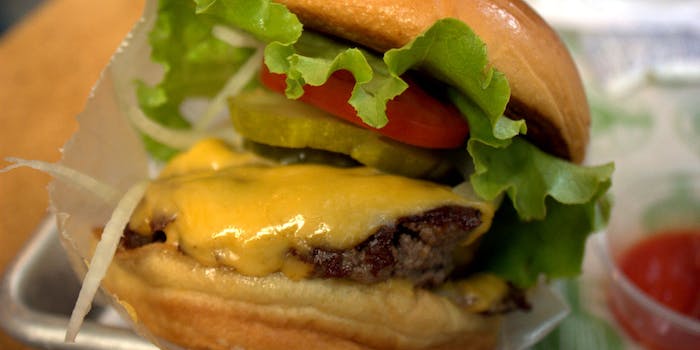 It’s unclear why the fast-food customer in the video below was so upset with the employee behind the counter that he decided to take a swing at them. Perhaps he was mad that the Happy Meal he ordered six years ago had not yet begun to decay, or maybe he was pissed that the employee wouldn’t take weed as compensation for the food. There’s even the off-chance his poop turned green after he ate a burger.

In any event, the customer’s decision was disastrous: He ended up on the floor after the employee served him a knuckle sandwich.

Let’s always remember to conduct ourselves appropriately in fast-food restaurants—all beefs should be taken outside (or online).