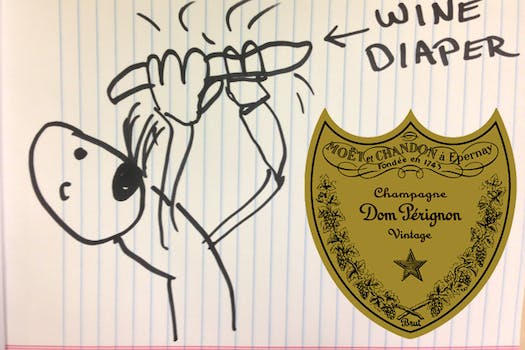 Pranksters need $500 to sip Dom Pérignon from a diaper

Jon Hendren and David Thorpe want to pour Dom Pérignon into baby-poop cloths and then drink it. All they need is $500.

Forbes-endorsed pranksters Jon Hendren and David Thorpe, known for sending Pitbull to perform at a Walmart in Alaska and producing a neverending feed of absurd Twitter one-liners, want to get people “thinking very hard about consumerism and vanity and material culture.”

They also want to get really drunk. On expensive Champagne. Drunk out of diapers.

They’re starting an Indiegogo campaign so they can pour Dom Pérignon into baby-poop cloths and then drink it. All they need is $500, enough to cover the costs of the bubbly.

Words can’t do this pitch justice. Just read it: 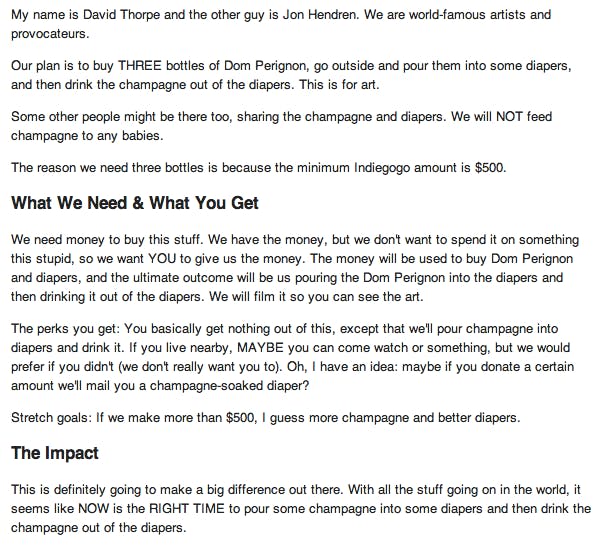 At press time, the campaign was doing rather well:

So, naturally, they upped the ante.