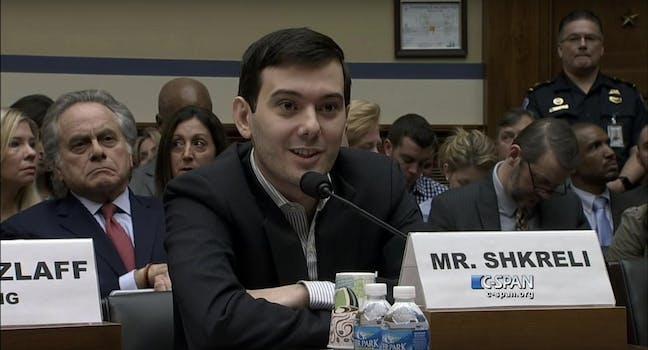 When will it stop?

Late Thursday night, a group of about 450 journalists received what appeared to be yet another annoying press release. The only upside was that it concerned Martin Shkreli, the infamous jerk who hiked an AIDS drug price by 5,000 percent. He’s had his share of headlines this past year, having been arrested on securities fraud charges and purchased a million-dollar Wu-Tang Clan album limited to a single pressing.

This supposed Shkreli news was about an exclusive chance to hear a track from said Wu record, Once Upon a Time In Shaolin. 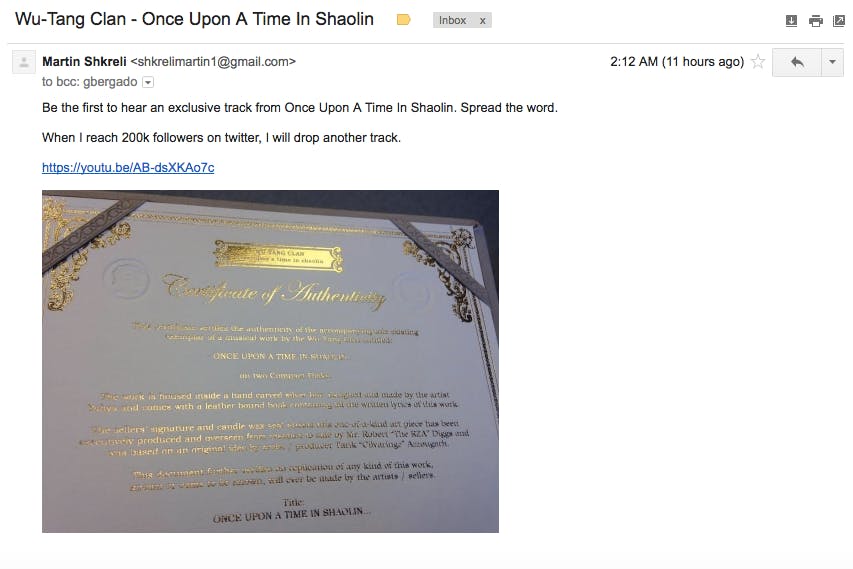 Turns out that this was actually a Shkreli imposter. But the story doesn’t end there.

The original email BCC’d all recipients. A few minutes later, this faker bumped the correspondence so that anyone on the 450+ person chain could reply all. As any person who’s been stuck in a reply-all office email thread for somebody’s birthday knows, this meant that all hell was going to break loose.

Reporters and writers have been responding to the massive, virtual chain gang since Friday morning. People have sent GIFs, made shitty jokes, grieved for Harambe, and a whole lot more. One of my colleagues even sent out a call for fellow single lesbians.

And, of course, they’ve tweeted about the nightmarish experience, sparking some major FOMO for many other journalists who were left out of this ring of hell. Mediaite summed up their feelings with the headline “Mediaite Totally Doesn’t Care That We Weren’t Included on the Fake Martin Shkreli Reply-All.”

Sadly the reply-all merriment on the Shkreli email has already turned sour pic.twitter.com/YrHDQxVAlt

Even worse, the chain has now splintered into two different email threads. But there does seem to be some good coming out of the chain (depending on what you consider “good”). It’s taken a turn during the afternoon, with journalists introducing themselves and pitching their writing credentials. Essentially, it’s become a big networking whirlpool, providing a nice way to find new gigs, even if it’s at the expense of your inbox.

Then again, it’s pretty easy to mute an email. Also, it’s unclear if replying all gets people their desired sort visibility or simply fuels disdain from those who wish they’d quit bumping the email.

Oh, and even the real Shkreli has made a statement about the whole scenario.

And here I thought this was Shkreli’s way to turn journalists against each another so that we stop writing bad things about him for a minute.